Yesterday morning's devastating fire destroyed many apartments in the Gables Upper Rock apartment complex off I-270 and Shady Grove Road. Fortunately, the fire was within an unoccupied part of the complex, which had been expected to open for leasing soon. Instead, crews are turning to a demolition and debris-removal operation today. Equipment was moving into place last evening for that purpose. I'm curious if the sprinkler systems were active at this point in the construction; we're often told by developers that less firefighting resources are needed even as development grows, due to modern sprinkler systems.

Montgomery County firefighters, and at least 4 firetrucks, remained on scene late last night, to inspect and extinguish any remaining hotspots in the wreckage.

MCFRS public information officer Pete Piringer tweeted the following photos of the scene; you can see some of the heavy equipment moving into place for today's operations: 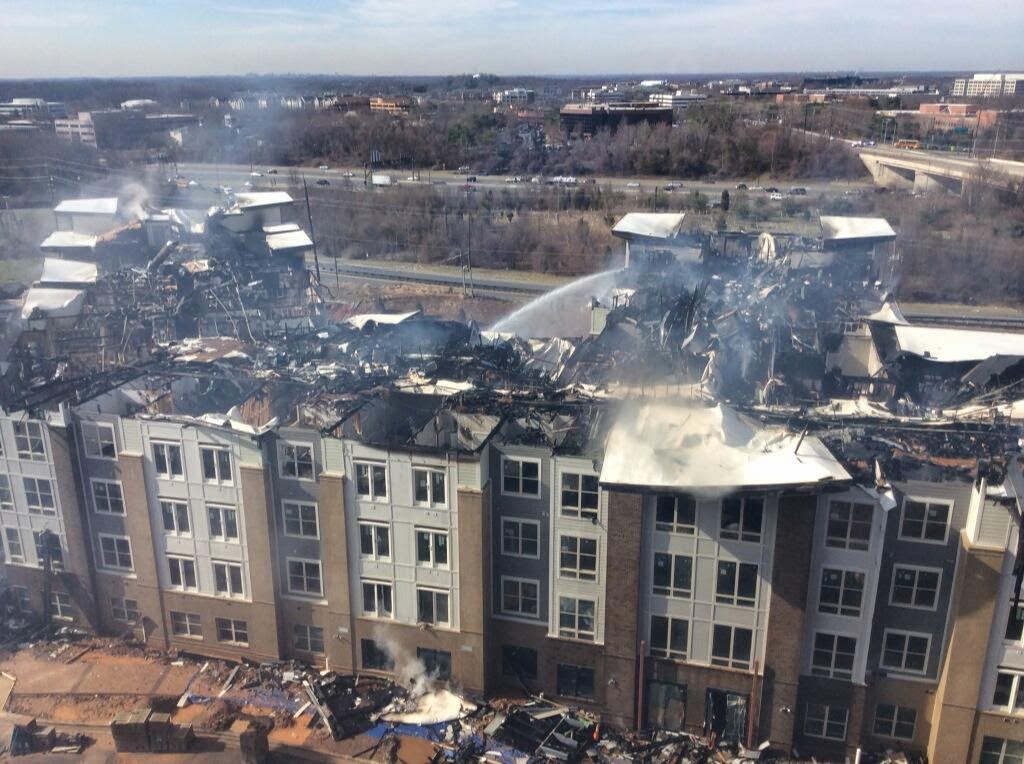 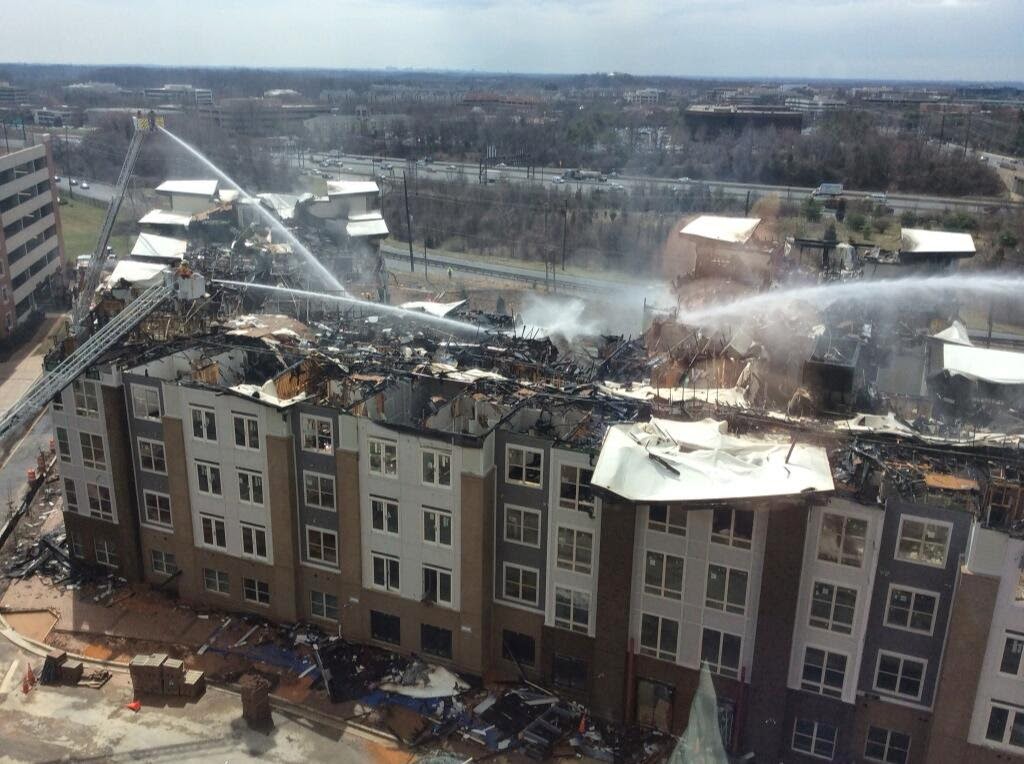 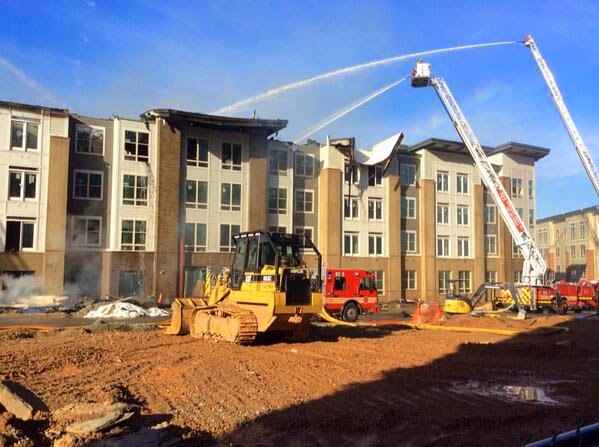 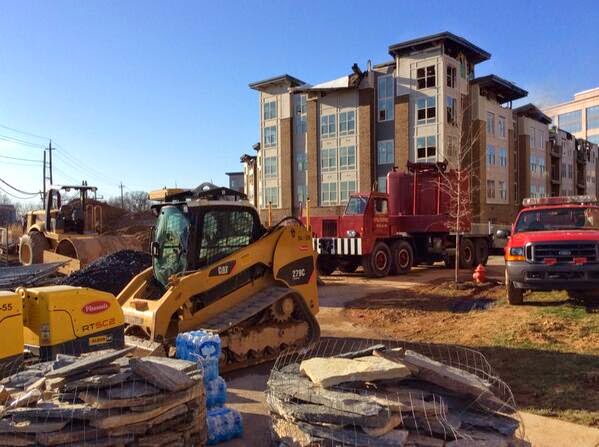 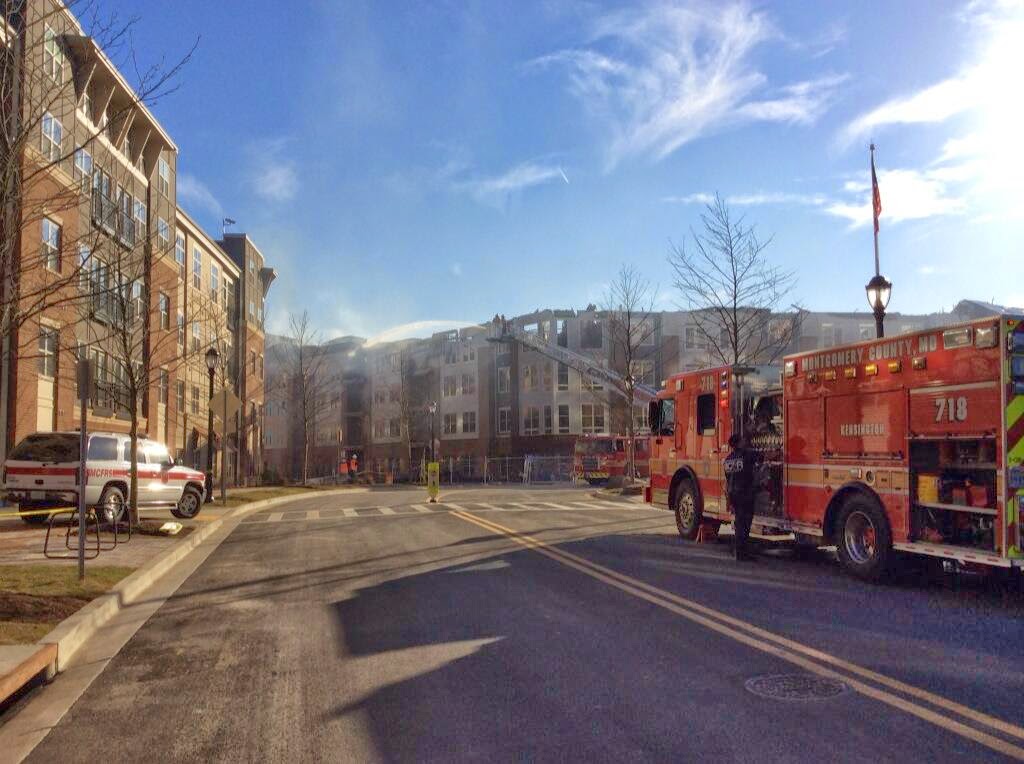