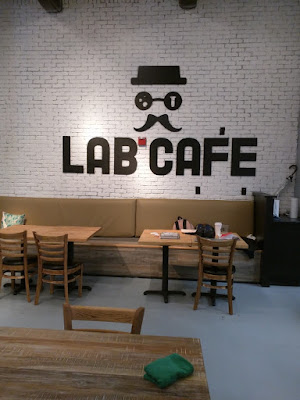 Lab Cafe, a new bubble tea cafe at Rockville Town Square, was open yesterday. The official grand opening is scheduled for this coming weekend, August 6-8, 2017. Every 50th person will get a free drink during the grand opening, you'll be able to get a free "size up" on all drinks, and there will be free samples of food and beverages.
The menu includes bubble tea, milk tea, fresh fruit teas, coffee and espresso, tea "slushes," popcorn chicken, and ice cream egg waffles. Lab Cafe is located at 101-C Gibbs Street, and will be open from 12 noon until 11:00 PM, according to the posted hours. 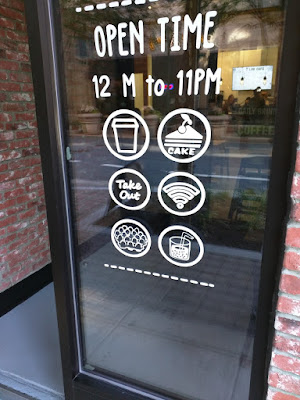 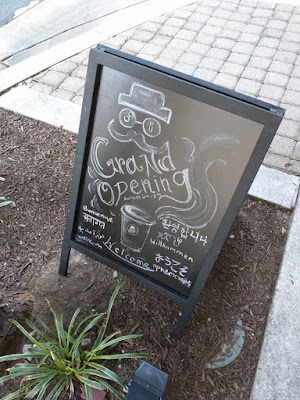 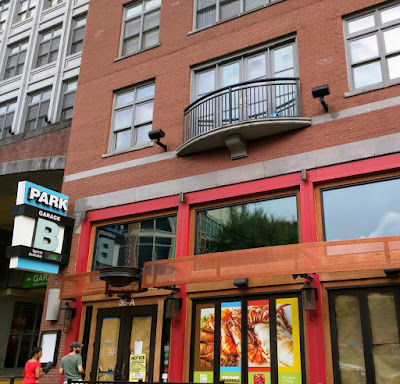 What's going on inside the future Pandora Seafood House and Bar at Rockville Town Square? It's been months since I first heard the sounds of construction inside the former American Tap Room space. The restaurant had been expected to open by now, but there still isn't even a sign installed out front.

Now there's one sign of activity - the restaurant has filed for a Montgomery County liquor license. Their hearing is scheduled for August 17, so they probably won't be opening before then.
Posted by Robert Dyer at 10:19 AM No comments:

Federal Realty opened the long-awaited second phase of its Pike & Rose development to the public yesterday at 4:00 PM. A whole new section of the development's street grid is now accessible to drivers, pedestrians and cyclists, ahead of some major Phase II business openings next week. Sephora will open in the ground floor of The Henri apartments on August 3. Pinstripes, a dining and entertainment center featuring bowling, bocce and a rooftop terrace, will host a (reportedly sold-out) Grand Opening celebration on August 4. It will then officially open the next day. 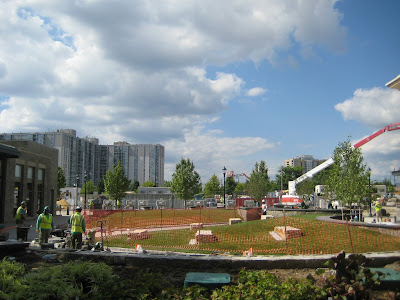 But before those openings, one of the property's biggest public amenities will make its debut. On August 1, Rose Park will open. The half-acre park will feature green space, paths and gathering space, and water features. It serves as the "central park" anchor of Phase II, and is bolstered by an unusual green addition - a tall tree. The Legacy Tree is an attempt to subvert the typical "tiny tree" syndrome in new urbanist developments, by adding a mature tree trucked in from New Jersey, and planting it (via a crane) at the edge of the park.
From a practical standpoint, the most significant benefit of the new street openings will be for drivers approaching Pike & Rose from I-270 by the Montrose Parkway. Up until Wednesday, you had to laboriously (and counterintuitively) turn left at Towne Road (which shares the title of "Longest Red Light in Montgomery County with its brother one block east), then take the on-ramp onto Rockville Pike and head south to Pike & Rose. Now you can simply turn right onto Towne, and turn left onto Rose Avenue between Pinstripes and The Henri.
Here's a photo gallery of the fence opening yesterday, and a preview of what you'll see as you venture though Phase II, another major milestone in the development of the Pike District: 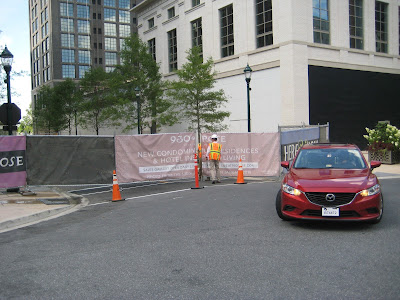 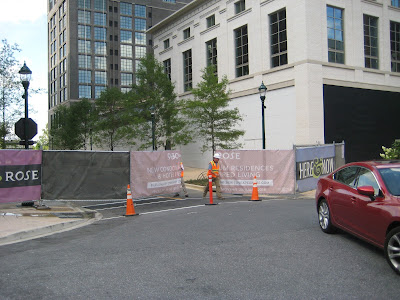 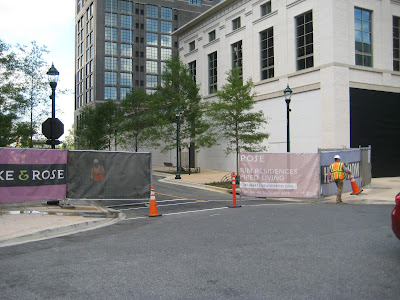 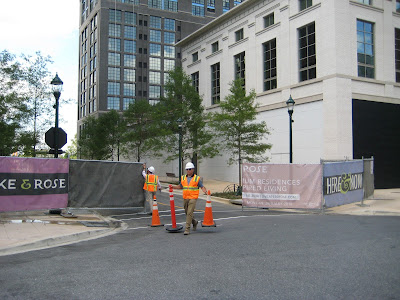 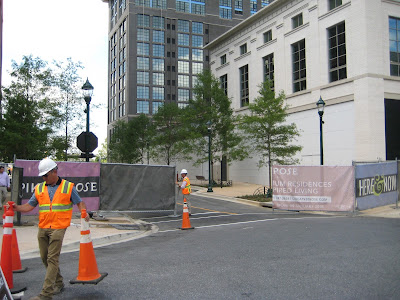 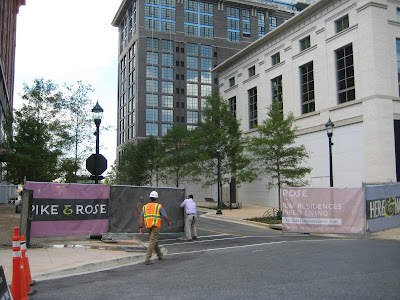 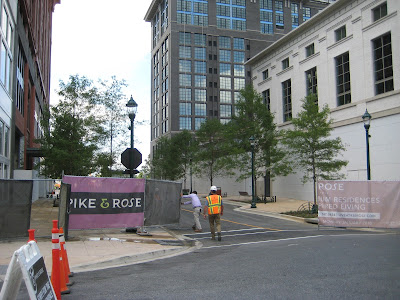 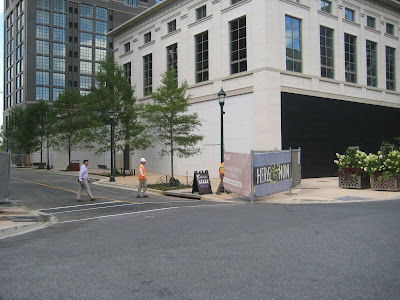 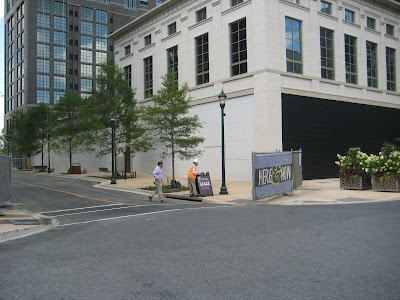 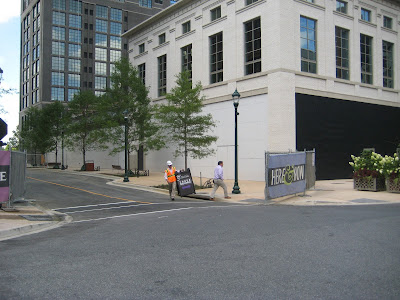 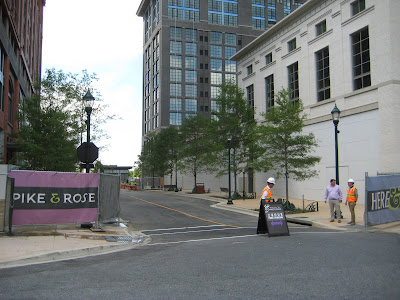 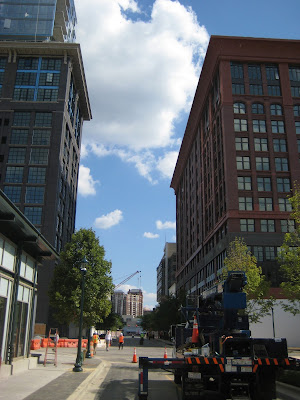 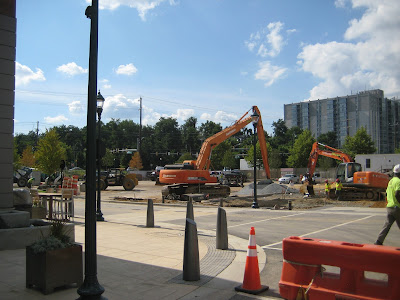 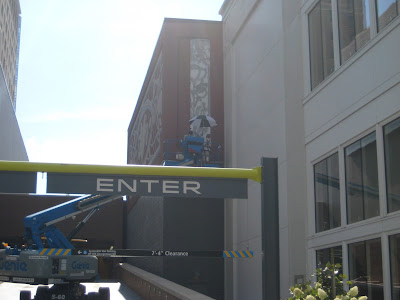 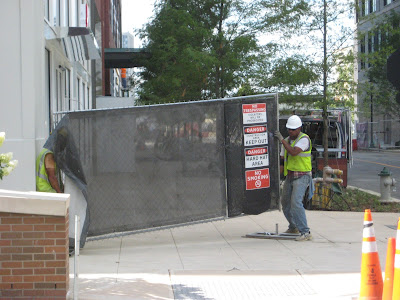 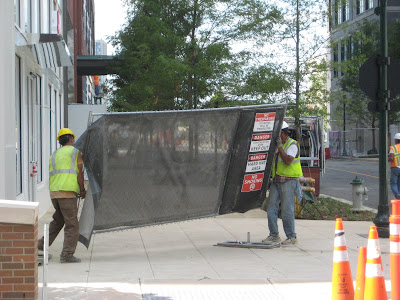 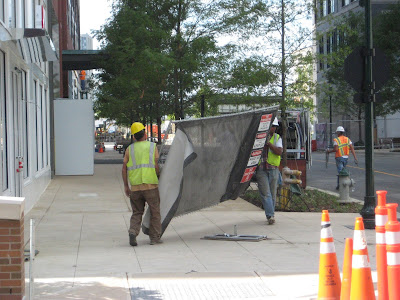 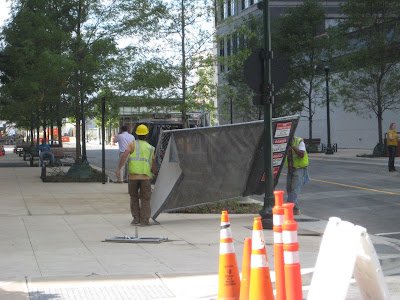 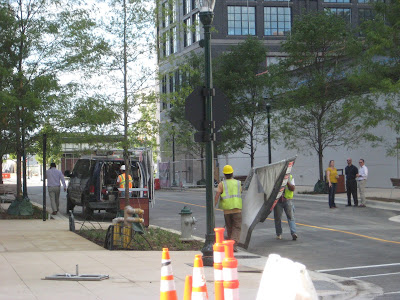