WHAT'S LEFT OF THE HISTORIC PINK BANK IN ROCKVILLE (PHOTOS) 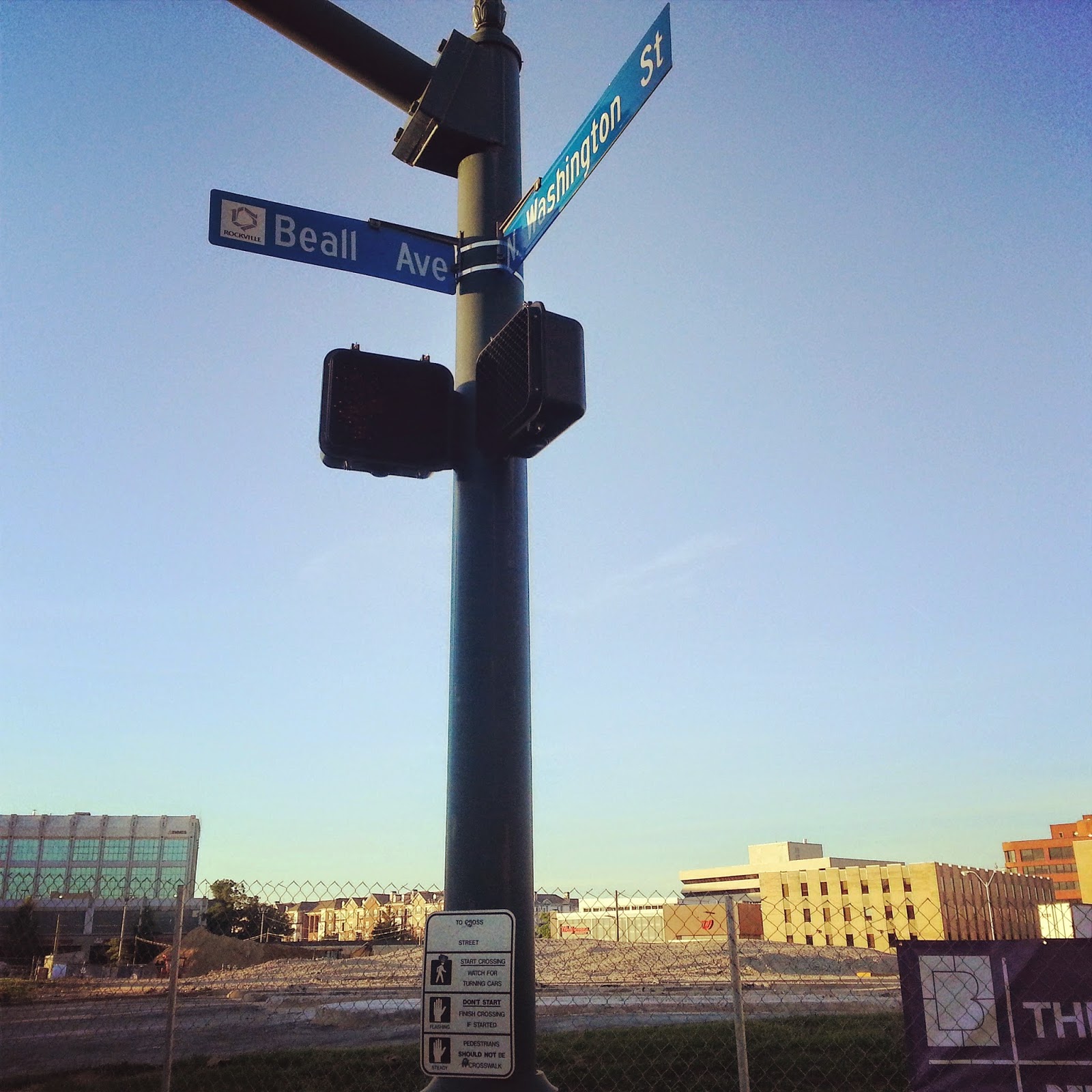 What's left? Not much. The demolition of the historic Suburban Trust Building at 255 N. Washington Street may well be the most shameful land-use decision by the city since its disastrous "urban renewal" of the 1960s. Virtually the entire historic downtown was demolished back then, in contrast to Maryland cities like Frederick and Hagerstown, who have maintained their original downtowns as desirable assets. This recent demolition was opposed by Rockville's Historic District Commission, as well as by historic preservationists in the city.

The demise of the "Pink Bank" not only cost Rockville a rare example of New Formalist architecture, and a historic building that represented the primacy of the suburban lifestyle that defines Rockville. It also eliminated the "sense of place" developers often cite facetiously. Whether you liked the Pink Bank, or not, you knew exactly where you were when you passed it. The same cannot be said of the cookie-cutter town centers around the DC area, with few exceptions. All the same restaurants, shops and indistinguishable architecture leave the visitor puzzled and unimpressed. Why go "there," when all the same stuff is "here?"