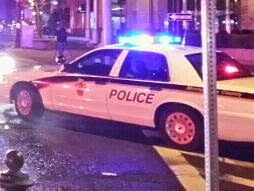 At least four vehicles in King Farm were broken into on Friday, according to crime data. If you live in King Farm, make sure your car is locked, and all valuables removed from the cabin. Report any suspicious persons or vehicles to Rockville or Montgomery County Police immediately.

Here's a roundup of crimes reported across Rockville on July 25: