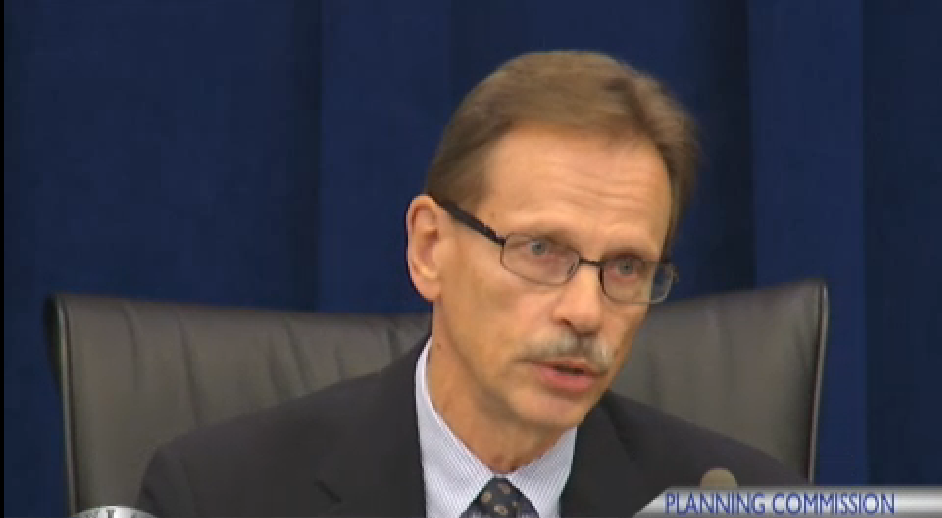 Rockville Planning Commission Chair Don Hadley dropped a bombshell in the heated debate over the future of the city's Adequate Public Facilities Ordinance/Standards last night. During his annual presentation on city planning and development, Hadley touched on the APFO issue. Just as some councilmembers are prepared to loosen school overcrowding restrictions on development, Hadley cited a recent legal opinion by Maryland Attorney General Doug Gansler that suggests they lack the authority to do so.

The opinion resulted from a 2011 request by the Mount Airy Town Council to settle the question of whether the council could amend or change a comprehensive plan or plan element formulated by the town's planning commission. The council and its attorney believed it could. "Respectfully, we disagree," Gansler wrote back in his November 18, 2014 opinion.

Based upon Sections 3-202 and 3-205 of the Maryland Code’s Land Use Article, the 2012 Code Revision notes, and his review of legislative history, Gansler concluded the council lacked the legal authority to change a planning commission plan or plan element without receiving a new recommendation from the planning commission. Gansler's opinion argued that the council could only approve or disapprove of a plan, not alter it.

The opinion does not apply to counties or Baltimore City, but does apply to municipalities like Rockville.

Accordingly, Hadley suggested at last night's Mayor and Council meeting, the APFS changes proposed by some councilmembers are in conflict with both the current Rockville Master Plan, and also state land-use laws.

Councilmember Tom Moore, an advocate for changing the APFS school standards, vigorously disagreed. "You made a pretty bold claim," Moore charged, saying that Rockville City Attorney Debra Yerg Daniel had concluded the opinion did not apply to the APFS change "because it's not a Master Plan item."

But Daniel's legal opinion has not been made public, and - under Mayor and Council privilege - must remain secret unless the Mayor and Council waive their right to confidentiality. Hadley asked if the city attorney's decision would remain "under a rock" where the public cannot review it.

Mayor Bridget Newton and a majority of the council said they were willing to waive their legal right to confidentiality, although Moore raised the question of whether there were any negative implications for the city in doing so. The APFS issue "is on a fast train, and four of us have asked you" to make the decision public, Newton said to Daniel.

Daniel agreed to make her opinion public, but it is not known how soon it will be released as of this writing.

An extra dash of intrigue has now been added to the debate, which had tensions high all evening. Near the meeting's end, Newton and Moore clashed on a labor relations item being added to a future agenda. Moore opposed the item, interjecting repeatedly. "Councilmember Moore, you are out of order," Newton said firmly, as Moore continued to protest.

Hadley said that, as chair of the commission, "I'm a dummy if I sit here and watch" the APFS matter be resolved by the council, if it has no legal authority to do so. He pointed to the city's master plan language and state land use rules, both of which explicitly emphasize that school capacity must be provided to support new development. The Mayor and Council should ask Gansler for an opinion on their authority to tamper with the APFS before doing so, Hadley suggested.

"I wouldn't mess with the APFS until the Attorney General rules," Hadley advised. "The city doesn't want me to do this, but we've got to do it."
Posted by Robert Dyer at 8:00 AM