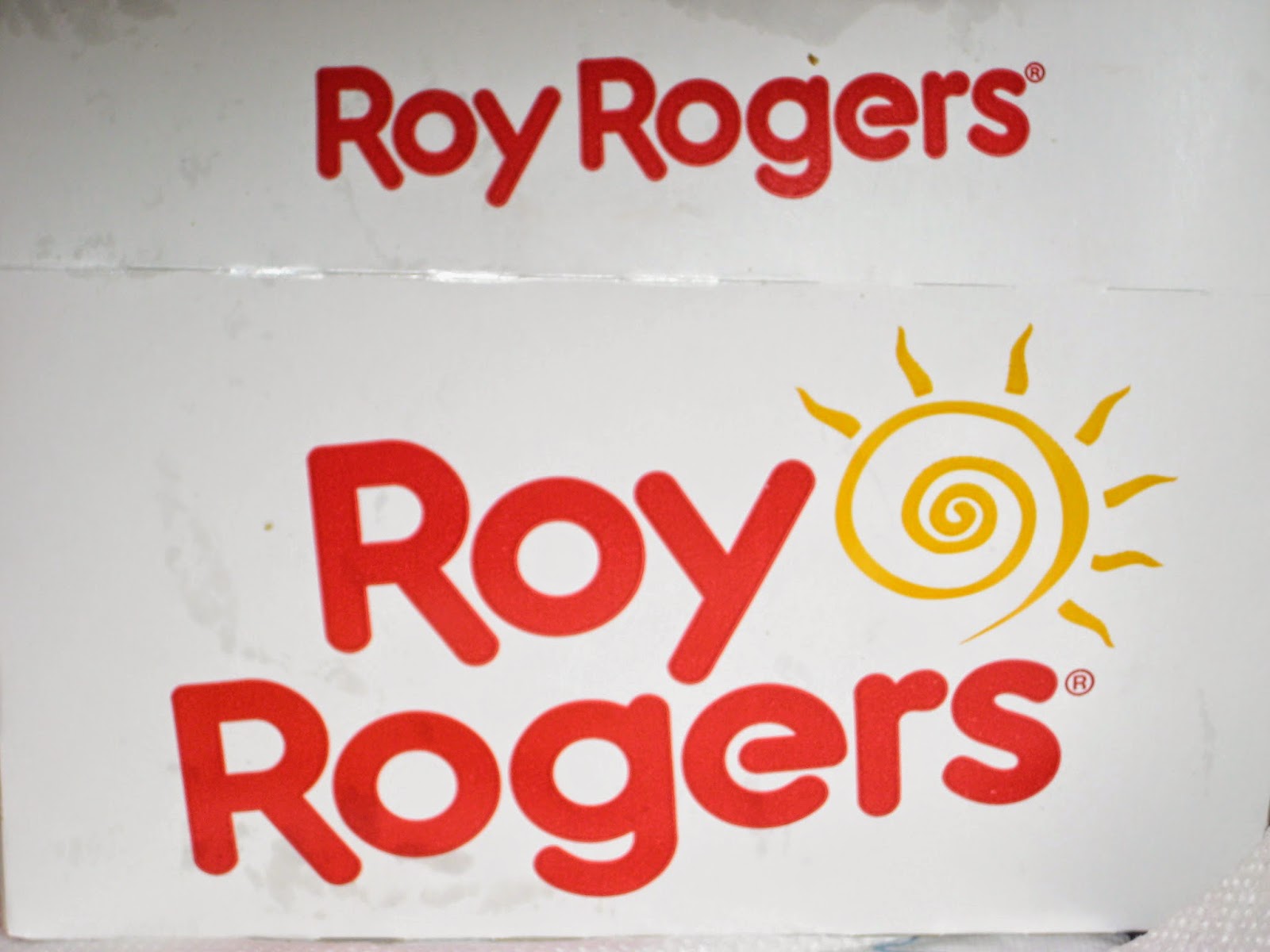 Roy Rogers made a triumphant return to Rockville yesterday, and RockvilleNights.com was on the scene. The Fixin's Bar takes center stage inside the restaurant, just as it did in the old days. One feature not found at the old Congressional Plaza Roy's? Two new Coca-Cola Freestyle soda fountain machines, from which I dispensed myself a refreshing Mello Yello. Just remember that the soda jet is slightly forward from the ice-dispensing cup position, or you'll get more soda on your hand than in your cup.
Another nice touch was the prominent image of Roy Rogers himself on the wall, with his now-legendary Promise to customers. Some menu items have been tweaked to be more premium, such as the use of brand-name Hormel Cure 81 ham atop the Double R burger, and Edy's ice cream in the milkshakes. The flavors of the Double R, famous Roy's fried chicken, and french fries - I ordered the Holster Fries version, of course - were reassuringly familiar and delicious. Roy's veterans like myself will have to get over the fact that the fry holster is now red, instead of the faux-leather, realistic brown gun holster design from the 1970s and 80s. At first, I thought they'd given me the wrong fries, but realized my mistake when I saw the words, Holster Fry, on the side.

What was my verdict on the 2014 Double R Burger? Watch my review to find out, and get all the details. For those who were more familiar with Roys in the mid-to-late 90s, you'll be glad to find the Gold Rush Chicken Sandwich is still on the menu.
They've got side dishes you'll remember, like cole slaw - and new ones you wouldn't expect to find at Roy's, like macaroni and cheese. For dessert, I can never pass up a brownie sundae. Roy's had a brownie in the old days, but not a brownie sundae. The new Roy's has the sundae, and I'm looking forward to trying that on a future visit. 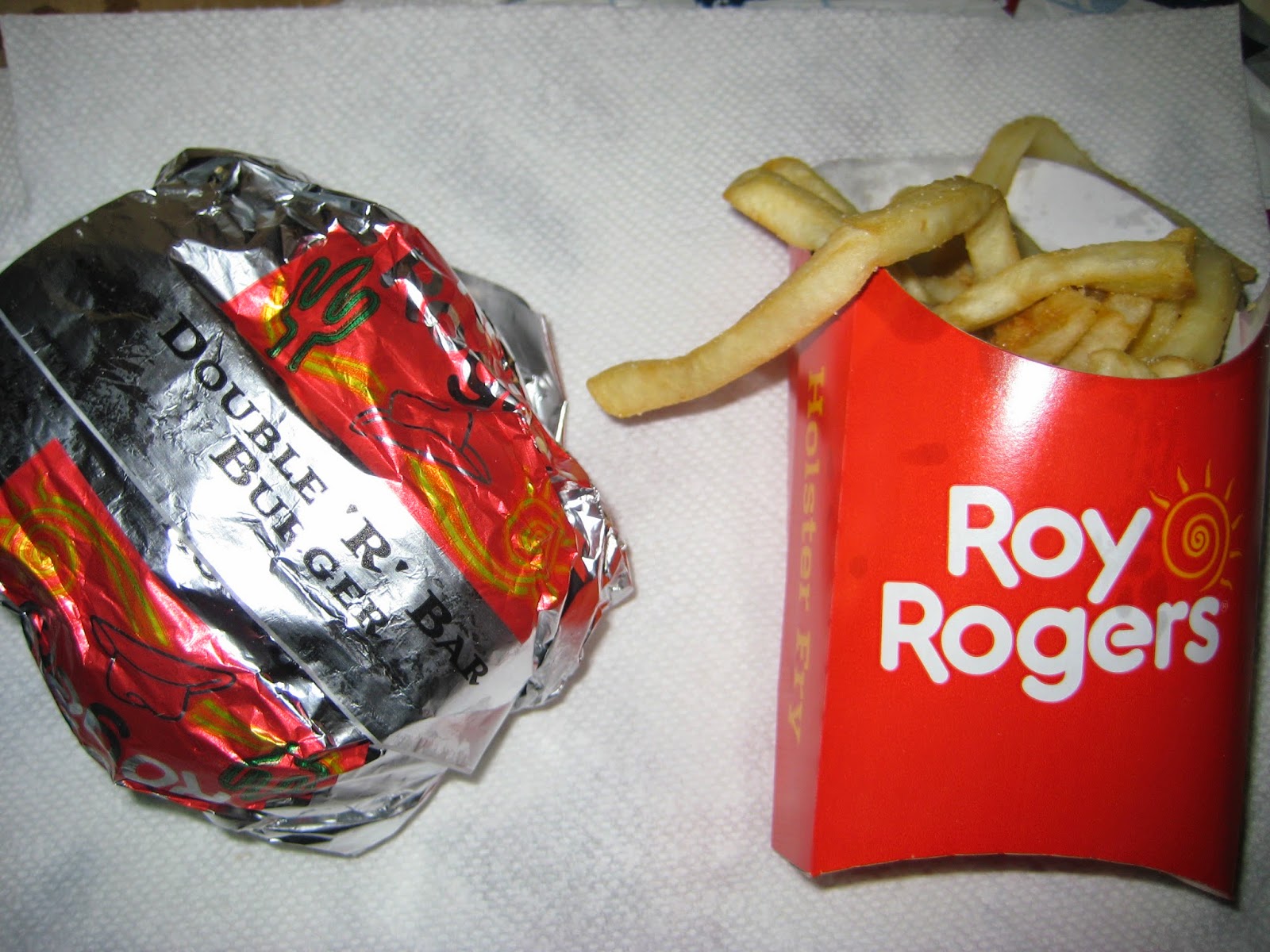 With the addition of Roy Rogers, Rockville Pike between Montrose Parkway and N. Washington Street now offers a smorgasbord of some of the top fast food restaurants in America: Chick-fil-A, McDonald's, Taco Bell, Wendy's, Popeye's, and now Roy Rogers. It's a shame that A&W left College Plaza, because they have no other location in the Montgomery County area. Fortunately, Roy's has brought a another classic American burger to the Pike to take its place.