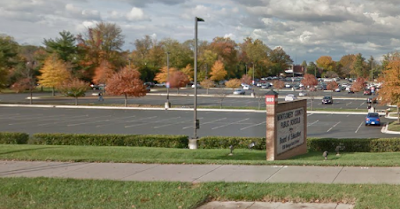 Outraged residents spoke out last night about a Montgomery County Government blunder that has resulted in a school bus parking lot being proposed at the Carver Educational Services Center in Rockville. Even more troubling - some residents, as well as City Councilman Mark Pierzchala, see evidence the lot may not just be a short-term plan.

A resident of College Square called the bus plan "malpractice" at Monday's Mayor and Council meeting. He said the smart growth plan "went off the rails" after the County failed to enforce the agreement that the developer purchasing the current Crabbs Branch Way bus depot would have to find a new bus parking site. The private developer plans to build housing on the depot site.

Another resident who lives near the Carver Center said she is concerned for the health and safety of her two young children. But in addition to her fears about noise, pollution and neighborhood traffic congestion, she suspects a potentially more-sinister County plot. Montgomery County Public Schools currently plans to merge the adjacent Rock Terrace School with Tilden in Bethesda. That move, she said, "would create a very large area for bus parking." Several other speakers concurred, and the potential for maintenance and fuel facilities on such a larger site were predicted.

Pierzchala shares those concerns. He noted that MCPS is bonding over a million dollars for the bus site plan at Carver. "You don't bond something if you're just going to use it for a few years," Pierzchala noted.

Other concerns expressed by residents include the plan for an ugly high fence at the historic school site, and questions over not only how buses would get in and out of the site, but the traffic generated by their drivers taking their personal vehicles to and from work twice a day. Many mentioned the dirty tactics by the County Council in giving virtually no advance notice, and holding the only public hearing on the matter during workday hours when residents would be unable to attend to testify.

Mayor Bridget Donnell Newton sought to not only assure residents that she would "do everything in my power" to stop the plan, but also to dispel "an unfortunate statement" by an unnamed County Councilmember that Newton supports the plan. County Councilmember Craig Rice (D-Upcounty) was quoted in The Sentinel as saying, "“The mayor was supportive of the plan." "I just want to set the record straight," Newton said in making clear her opposition to the current proposal.