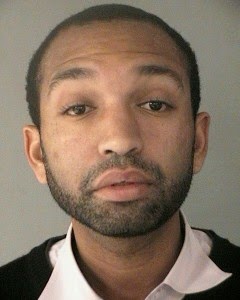 Montgomery County Police are seeking the public's help in locating a missing Rockville resident who was last seen on Hampden Lane in Bethesda yesterday.

Police say they are concerned about the emotional and physical welfare of Jelani Kito Perry, 34, of the 800 block of Grand Champion Drive in Rockville. Perry is described by police as a black male, 6’ 1”, and 190 pounds. He has black hair, brown eyes and a cross tattoo on his upper arm.  He was last seen wearing a blue and white checkered button-down shirt, blue jeans, and navy blue sneakers with white trim.

Authorities did not indicate the exact time at which Perry was believed to be in the Hampden Lane area yesterday.

Anyone with any information regarding his whereabouts is asked to contact the Montgomery County Police at 301-279-8000 (24 hour line).
Posted by Robert Dyer at 8:00 AM