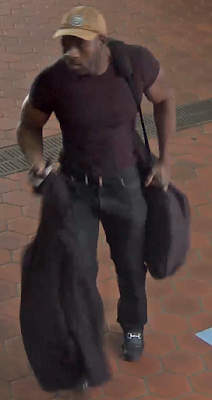 An apparent prostitution case gone bad has Montgomery County Police searching for a suspect in a violent stabbing at a Rockville hotel. According to police, the male suspect arranged via online classifieds to meet the 22-year-old female victim at an unidentified Rockville hotel. There, they had agreed the woman would engage in sexual acts with the suspect in exchange for cash. 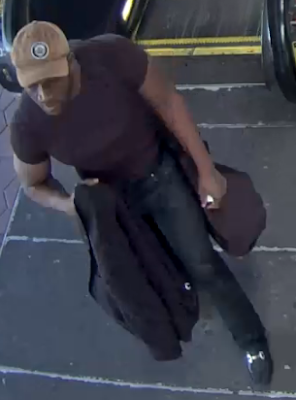 Police describe the suspect as a black male, in his 30s, approximately 6’00” to 6’03” tall, bald, "very muscular," and dressed in all-black. He wore black loafers with silver buckles, and a tan baseball cap with an unspecified logo. 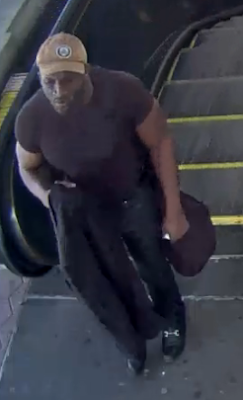 Anyone with information about this suspect is asked to call the 1st District Investigative Section at 240-773-6084. Those who wish to remain anonymous can call Crime Solvers of Montgomery County toll-free at 1-866-411-TIPS (8477).  Crime Solvers will pay a cash reward of up to $10,000 for information provided to them that leads to the arrest and/or indictment of this suspect.
Posted by Robert Dyer at 8:00 AM