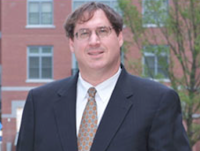 Rockville City Council candidate Richard Gottfried has contacted acting City Clerk Sara Taylor-Ferrell, and has challenged the results of last Tuesday's election. Gottfried is asking for a manual recount of all paper ballots, under Section 8-41 of the Rockville City Code.

Gottfried finished 282 votes behind incumbent Councilmember Virginia Onley, according to the City's posted election results. In his letter to Taylor-Ferrell, he cites an "excessively high number of under-votes, 1762 to be exact, which constitutes 28% of total ballots casted." He also notes that the new voting machines did not allow voters to compare their paper ballot with the scanned ballot for accuracy.

One other Election Day issue I've heard about from a source was that each polling place did not have a Chief Election Judge on-site at all times. I cannot personally verify this, as I was not at every polling place at every hour of the day. Reportedly, several judges were floating from site to site as needed. Article 10-203-B of Maryland election law states:

Photo via Vote Richard Gottfried website
Posted by Robert Dyer at 8:00 AM