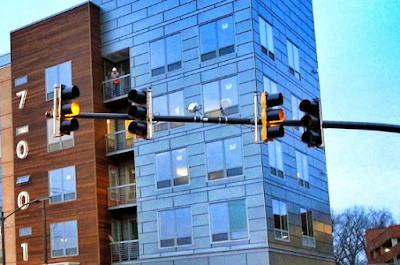 Montgomery County still has illegally-timed traffic signals, which could be issuing unwarranted red light camera tickets to drivers, a recent report by the County's Office of the Inspector General found. On Friday, Delegate Marc Korman (D - District 16) asked County Executive Ike Leggett to consider an outside audit of its signal timing (the OIG had to rely on the word and data of the County Department of Transportation), turn off any cameras ticketing at an illegally-timed signal, and to begin reimbursing drivers who were wrongly ticketed at those intersections.

After being caught ticketing drivers with illegal signal timing in 2015, the County initially resisted adopting the Maryland-required yellow light time of 3.5 seconds. It then promised to correct the problem. However, the OIG report - based on MCDOT data not confirmed by an independent audit - found that 13% of signals countywide are still illegally timed.

When asked by the OIG for a schedule for correction of those 105 remaining signals, MCDOT refused to produce one. And while MCDOT insists that there are no red light cameras at the out-of-compliance intersections, the OIG noted that "We did not test or verify the accuracy of the information provided by MCDOT."

"Improper timing of traffic signals at locations with red light cameras goes to the heart of the confidence people can have in their government," Korman wrote in his letter to Leggett.

Montgomery County responded to the OIG report with a one-sentence promise to create a schedule for signal correction, but did not say when such a schedule would be released. Once again, Montgomery County seems unable to deliver the basic functions of government - collecting the trash, clearing snow from sidewalks along its properties (sometimes as long as a month(!) after the snowstorm ended), plowing roads, providing 911 service or completing construction projects on-schedule (with the Wheaton Library being the latest, now a year-and-a-half behind-schedule).
Posted by Robert Dyer at 8:00 AM