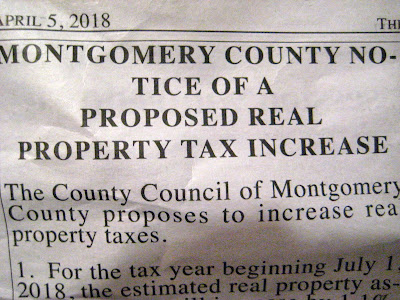 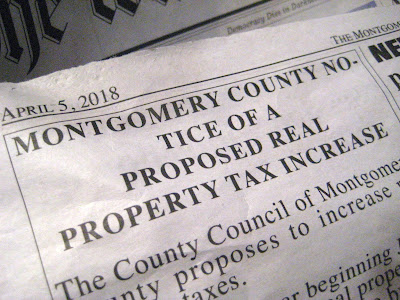 It also details what I had explained: The County's tax scheme deviously increases taxes automatically each year, in an attempt to trick the public into thinking the Council had nothing to do with it. In fact, as the announcement notes, in order to avoid the automatic tax increase, the Council would have to "reduce its real property tax rate enough to fully offset increasing assessments. The proposed budget does not provide such a reduction. 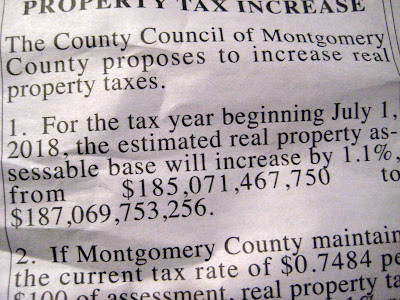 Hence your tax rate for FY-2019 will be 4.1% higher, and the Council will steal an estimated $56,120,926 from their constituents' bank accounts in the coming year, on top of what you payed last year. The Council's historic 2016 8.7% tax hike walloped many County homeowners at effective 9%-10% rates based on their rising home assessments. Councilmembers had falsely claimed the increase was for "education," but student performance and graduation rates have actually continued to decline after the tax hike, as they have throughout the decade. 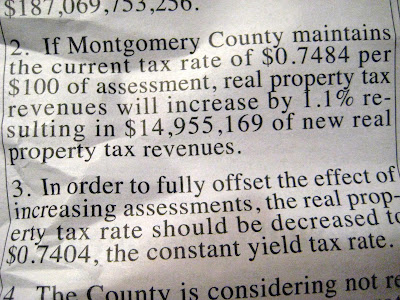 If you re-elect Helpless Hans Riemer and 3 new equally-controlled At-Large candidates chosen by the MoCo political cartel, wait until you see the tax increase you'll get in 2019, 2020, etc. A better choice would be to vote for Robert Dyer, who will offer a #DyerTaxCut, repealing the 2016 property tax and 2010 energy tax hikes incrementally over 4 years. Riemer's own former chief of staff recently noted that the energy tax hike appeared to have a devastating effect on the net number of new businesses created in Montgomery County this decade. MoCo had a net increase of only 6 new businesses, while D.C. and Fairfax enjoyed a net addition of 3000 new businesses each. 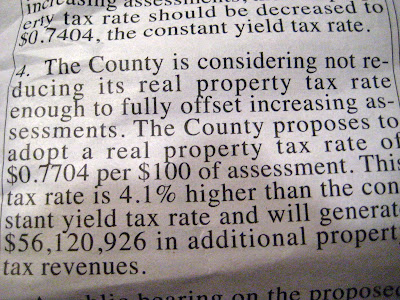