NO FIREWORKS, ONE DEBATE TO GO

The forum was moderated by former Maryland delegate Cheryl Kagan.

In my personal, subjective opinion, the debate was not a game-changer for any candidate. No one hurt themselves, no one sounded unqualified to serve, but neither did anyone score sufficient points to change the dynamic of the race.

The three candidates who did the best job of conveying a compelling argument for election Thursday evening (again, in my opinion), were Hadley, Onley and Whitaker.

Hadley has been an intelligent, deliberative member of the Rockville Planning Commission, and currently chairs that body. His remarks in the second debate emphasized having an inclusive process and discussion as the city confronts major development pressures inside and outside its borders.

Some in the city are "moving too quickly" to embrace a dense urbanization model for development in Rockville, Hadley said. There are "questions that have to be answered, before we rush into this lock, stock and barrel," he suggested.

One of the biggest questions is traffic congestion, and Hadley acknowledged that, despite the work of the Planning Commission, congestion would remain a problem if the Rockville Pike plan passes. He noted that the proposed Montgomery County Bus Rapid Transit line for Rockville Pike would have only two stops, and therefore not be a viable system for actual residents.

Hadley also mentioned the issue of diversity in city outreach, suggesting Latino and Asian residents were under-represented on the council, in development discussions, and even in the debate audience. This was an important topic to raise, as this is a major problem countywide. Many of the areas targeted for "infill development" or redevelopment are currently home to large numbers of residents for whom English is a second language. Therefore, many are not even aware that proposed zoning changes and master plans could force them out of their current homes and businesses. One Rockville official told me he regretted the lack of successful outreach to Latino residents in areas like Twinbrook, despite the efforts made in that direction.

Finally, while some proposals seem to gain traction at the council level despite majority opposition among voters, Hadley promised a different approach. "I don't want to preach to the public; I want to listen," he said.

Onley was effective in highlighting the incredible challenge of affordable housing facing the city. It was an opportunity to capitalize on her relevant experience with Rockville Housing Enterprise. She expressed pride in the $32 million mortgage that protected 236 residents at the Fireside Park apartments from large rent increases, calling it a "win-win" for the city.

Moore concurred, calling it "our finest moment...one of the things I'm most proud of" in his first term in office.

The other strong point of Onley's case was having compelling statistics to round out her case. She noted a affordable housing opportunity recently drew 5000 applications for RHE. Recently, architect and urbanization advocate Roger Lewis told the Rockville Planning Commission to pass a Pike plan that would permit dense development in Rockville. Yet, just a few months ago, Lewis acknowledged in his Washington Post column that the current Smart Growth Juggernaut will not provide the amount of affordable housing he and other advocates had previously claimed. In substantive terms, Onley said she would oppose fee-in-lieu arrangements that would allow developers to buy their way out of minimum affordable housing requirements.

Whitaker made an effective argument for caution in plunging into urbanization of the city. With two phases of White Flint development creating 9600 units apiece, Whitaker said, more than 30,000 new cars would be brought to Rockville Pike. Only a small percentage of those new residents will drive, she said.

Whitaker also made a good point on the city's finances. She cited Rockville's neighbor, Gaithersburg (which has been in a land-grab battle with Rockville along their shared border, it should be noted), for taking a better approach, in her opinion. Under Mayor Sid Katz, Gaithersburg has $0 debt, and $65 million "in the bank, earning interest," she said. Ironically, Gaithersburg has experienced a real estate development boom in recent years, yet at far lower densities than those at White Flint, or proposed in the Pike Plan draft.

Onley and Whitaker also connected with the average working person in the city. The former noted the misperception that "everybody is rich in Rockville," while the latter recalled her early years in East Rockville, wearing "clothes that were made out of chicken feed sacks."

Other candidates made good points as well. Carr pressed the overlooked issue of crime in East Rockville, saying she was surprised to find out 2 police officers were tasked with patrolling that entire area.

Newton concurred, and was able to highlight that her work with the Maryland Municipal League resulted in 2 additional officers being added to the city police force.

Pierzchala displayed his background in public service and statistical data, with his proposal that the city change the methods by which it measures success in responding to citizen complaints.

Feinberg promised she would place a special priority on senior citizen issues, such as the needs of residents who are aging in place.

And Moore pointed to his success in advancing significantly more stringent ethics and disclosure requirements for elected officials.

One slightly odd element to the debate format, was the seating arrangement, which emphasized that there were two separate factions as if they were political parties, rather than seat candidates in alphabetical order. Hadley drew attention to it, saying the seating "implied divisions that don't necessarily exist."

So, no one was knocked out of the race. Hadley, Onley and Whitaker have not necessarily pulled ahead in the race. But I thought they put themselves in a strong position to do so if they build on their performances Thursday in the next debate.

That final debate is scheduled for October 22. 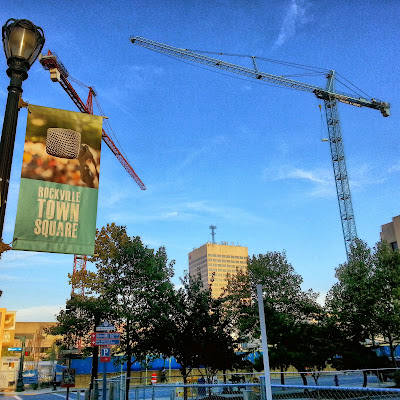