The senior center itself is a reminder of the issues at hand in this election. Like several other public sites in Rockville (the Rockville Swim Center and Montgomery College, to name a few) the Senior Center property is designed to give the impression that one is surrounded by woods. What percentage of voters identify with Rockville as a suburban town, and how many want it to take on an urban feel?

The city's Adequate Public Facilities Ordinance remains a hot button issue, as does the issue of debt load vs. easy financing of public projects.

Both cited their accomplishments in their current terms as city councilmembers. They again clashed on the merits of the Fireside apartments deal.

On the APFO, Pierzchala made very clear that he wants it weakened, calling it "insufficient" for the city's current needs. He also promised to visit every group or organization in Rockville "within a year of being Mayor." "I am the budget guy," he said.

Newton countered: "Mark might be the 'Budget Guy,' but I am the fiscal conservative." Perhaps alluding to contentious exchanges between citizens and councilmembers at recent public hearings, she said "respecting every person is how we do things in Rockville."

In the council debate, most questions related in some way to Rockville's senior population.

1. WHAT IS THE MOST IMPORTANT ISSUE FOR ROCKVILLE SENIORS?

Julie Palakovich Carr said it was the ability to stay in one's home.

Don Hadley concurred that remaining at home as long as possible, and the general quality of life, were the largest issues.

Councilmember Tom Moore noted that Social Security will be a worry. He said that senior programs are important because they "do more than anything else we do" to impact and improve seniors' lives.

Beryl Feinberg said "linkage" of seniors to available services would be critical, as well as affordable housing.

Claire Marcuccio Whitaker hoped the city could have a program to train volunteers to work with seniors, and offer a senior rewards program on purchases made in the city.

2. IF THE SENIOR CENTER LOSES FEDERAL FUNDING FOR ITS ENGLISH AND CITIZENSHIP COURSES, SHOULD THE CITY FUND THEM DIRECTLY?

Hadley said the question assumed no other private grant money was available, and that he would want to pursue that option before using taxpayer funds.

3. GROWTH ON ROCKVILLE PIKE AND CITYWIDE,  AND ITS IMPACT ON SENIORS

Hadley said 5-6 stories were more than enough to allow growth and economic development. He said seniors should be able to stay involved with city activities, not be placed in isolation. "I don't relish being sent off to the farm," he noted. He also argued that there was no justification to give developers so many incentives to build.

Whitaker said the Pike Plan is a developer-driven document, and said that the "leaders of Rockville should take charge - we should develop our own Rockville Pike Plan." When she added that "we could tell the developers what to do," not the other way around, an audience member shouted, "Hear, hear!" in agreement.

Palakovich Carr said mixed-use development, wide sidewalks, and new retail would be advantageous for seniors. She called for a balanced approach and transit-oriented development. On the APFO, she echoed Pierzchala, saying the city must be "realistic evaluating if those laws are working properly." The current APFO will stop Phase II of the Town Center if it is not changed, she argued.

Onley said the APFO should be a "guide tool, not an instrument that we put to bed and come back to in five years." She said the city should do what's best for itself, "not what we see in other jurisdictions." If pedestrian safety is not the top priority on the new Pike, "it's just gonna be like it is today," she warned.

Moore cited the inability of the Rockville Volunteer Fire Department to sell its property under the current APFO restrictions. He predicted the APFO would cause Town Center Phase II to "die on the vine."

"I don't think Town Center II is going to die on the vine," countered Whitaker. "That's a pretty Draconian statement," she added. Whitaker argued that Town Center II is actually in line with the original plan, and that the number of units in the future Duball, Brightview and Kettler buildings will already have exceeded the residential units called for in the master plan.She said she views Brightview's low density, senior residents, and children's playground as positive additions to Town Center.

Feinberg said she favors the Pike Plan, and more dining and "gathering places." She said she is concerned about a potential lack of handicapped parking, and parking that is behind or under buildings, rather than accessible to the businesses' front doors.

"I don't know what our debt is," Onley said. Whitaker used the opportunity to illustrate that she did know the figure, and argued the city should have used its recent surplus to pay down debt. She again cited Gaithersburg's $0 debt, and $65 million in the bank, as a model for Rockville.

Moore diagreed, citing a 5¢ Gaithersburg tax increase. He and Feinberg both said the city's debt was well below the recommended limits.

Carr noted the city's AAA bond rating, and said "there are times when it makes sense to borrow."

Hadley said obligations have to be taken seriously, pointing to a new legal change that could put the city on the hook for $22 million for an employee retirement short fund.

Their are no polls to tell us who's ahead. And, if county elections are an indicator, voters don't seem too concerned about debt and fiscal matters. This election may end up turning on the APFO and development issues.

My thought is, it was a mistake to try to change the APFO in the weeks prior to the election. That stirred up a unneccessary hornet's nest of response among residents, which could be a tremendous weakness for the Team Rockville slate of Pierzchala, Moore, Onley, Palakovich Carr and Feinberg, if turnout is 17% again.

The reason is, there is a large public opposition to weakening the APFO, amply demonstrated at the recent public hearing on the matter.

Newton, Hadley and Whitaker have clearly indicated they want to take a lower-density, more suburban-scale approach to future development. That gives them an electoral base. And one that is energized, as a result of the APFO dispute, and the Pike Plan that citizens overwhelmingly have opposed in public testimony, but keeps lumbering forward anyway toward approval.

The flip side of that is: What is the constituency in Rockville for high-density urbanization of the city, more traffic and more crowded schools? Are there actually significant groups of voters who want tall buildings looming over their homes?

"You can count on me to resist uncontrolled, mindless growth," Whitaker promised in her closing statement. To people stuck in traffic every day, Hadley's observations that "we're busting our belt with schools and traffic" are compelling ones that resonate in reality.

But without polls or intense media coverage, we simply have to wait until Tuesday night to find out which concept of Rockville's future voters want. 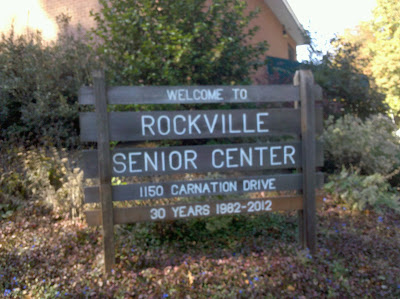 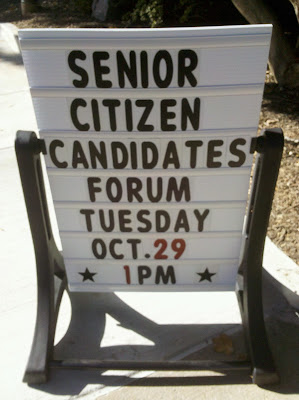 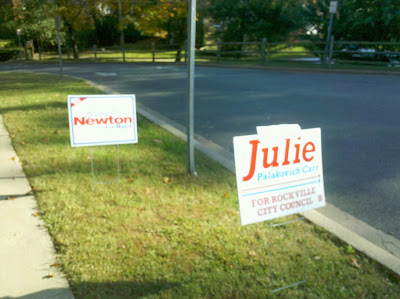 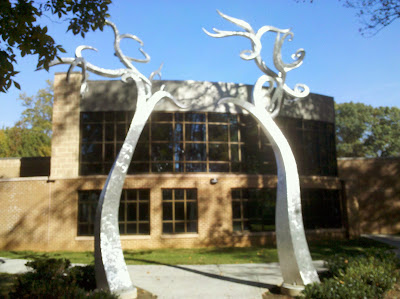