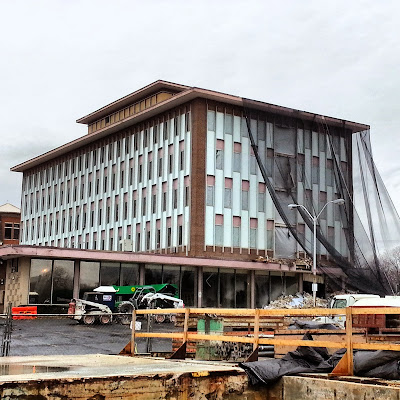 Demolition of the historic Rockville building known as "The Pink Bank" has begun. The building was cleared for condemnation by the previous Mayor and Council on October 14. In its place will be a mixed-use development by Kettler. Most historic preservationists are dismayed by the demolition, and a sitting member of the city's Historic District Commission, Jessica Reynolds, took city leaders to task in a recent letter.

The New Formalist structure was built at 255 North Washington Street in 1965, when it was known as the Suburban Trust Building. This demolition is an unflattering reflection of our disposable society, and echoes the mass demolition of the city's original, historic town center decades ago. 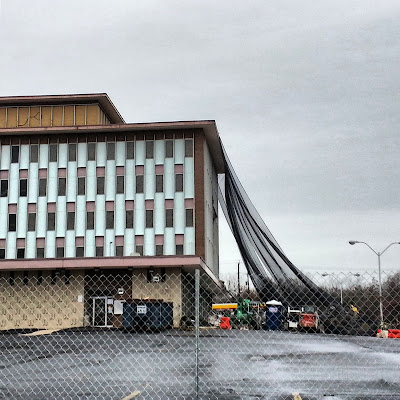 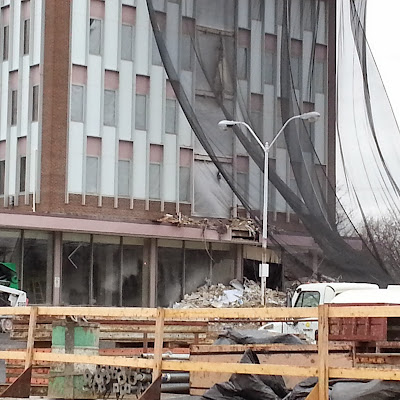 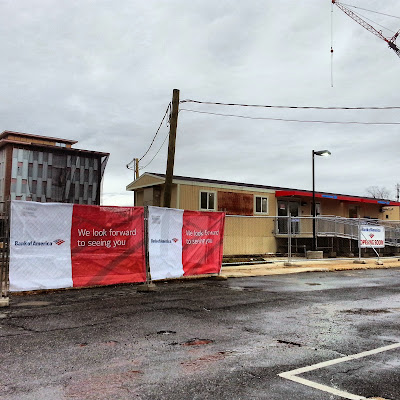