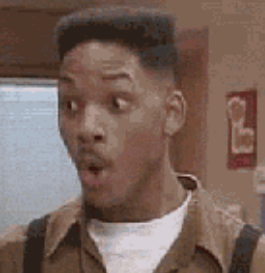 Last week, the Montgomery County Council got into the banking business. Despite there being a bank on almost every corner, and of every size, the Council thought it was time start their own bank - using your money, of course. $572,000 of your money in FY-2018 alone, to be exact. The result is the newest patronage scheme by our corrupt County Council, with real potential to put taxpayer dollars into the campaign accounts of councilmembers.

Here's how the scheme works. Small businesses based in Montgomery County can apply for microloans of $500-$15,000 from the Council's new "bank." The individuals who decide who gets the money are all either appointed directly by the Council, or are closely within their political orbit. So corrupt councilmembers could absolutely influence who gets the loans.

Once the businessperson obtains the loan, there is nothing to stop him or her from donating some of that money to the councilmembers' campaign accounts. This has happened in the past with another Council patronage scheme - the funding of non-profits. Councilmembers vote on which non-profits get money. They decide the exact dollar amounts given to the non-profits. Officers of those non-profits, who often earn salaries from their non-profit, have then made campaign contributions to the councilmembers who fought to obtain the funding for them. In some cases, they've made the maximum contribution allowed by law.

Both schemes may now become even more essential in the new age of public financing. We now know what I predicted in 2014 was correct - the specific public financing program passed by the Council was designed primarily to help Council incumbents, not challengers. Longtime councilmembers have vast numbers of patrons from which to extract the many, many small donations needed to unlock the taxpayer-funded public matching funds.

With the new bank "microloans," and the same non-profit scheme, an even larger portfolio of political patrons can now be developed. Meanwhile, challengers have no such Rolodex to draw upon. True public financing would give every candidate a reasonable amount of funds from which to get their message out. Montgomery County's does not. So many incumbents have signed up for the public financing option, there's a real possibility the funds will be depleted. What then? They'll simply make an appropriation of more of your taxpayer dollars.

Three ways to use your taxpayer dollars to fund their campaigns. It's outrageous. And it's amazing how the Council can find $572,000 in the sofa cushions for microloans, and millions in public funds for their campaigns, but not for a host of other more urgent needs. Things that make you go, "Hmmm..."

How do we get this ripe-for-corruption system under control? By passing a law to prevent those receiving these microloans, or who receive income from non-profits awarded funds by the Council, from donating money to political candidates who have influence over the awarding of those loans and funds. A reasonable approach to keeping the corrupt hand of the Montgomery County cartel from getting yet another chance to pick your pocket, to profit themselves. Demand all candidates support such a rule change in 2018.