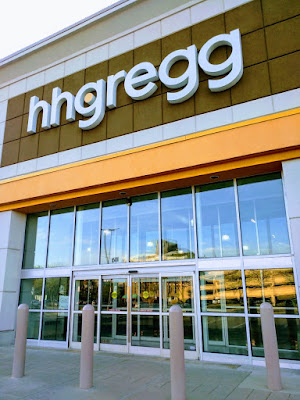 Big box consumer electronics and appliance store hhgregg has finally closed its doors forever in Rockville. After filing for Chapter 11 bankruptcy this year, the struggling chain announced it was going out of business a few weeks later. Its corporate headquarters will close next month. 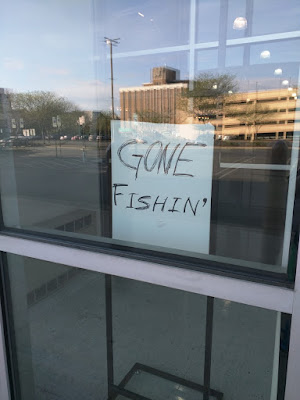 A farewell message in the window of the Rockville store says, "Gone fishin'." Meant to be humorous, of course, it sounds a bit off in tone, considering that everyone at the store has lost his or her job. On the other hand, at least this is one of the rare business closures we can't blame on the incompetent Montgomery County Council. The county has lost over 2000 retail jobs since the turn of the century, according to the Maryland Association of Retailers.
Posted by Robert Dyer at 9:12 AM