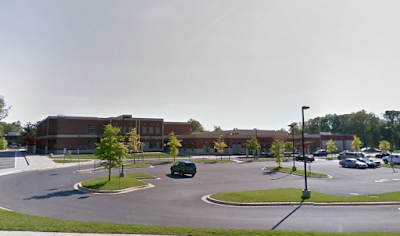 Montgomery County police responded to Parkland Middle School at 4610 West Frankfort Drive Friday around 12:34 PM, after a school faculty member reported someone had called the school and made a "general threat" to Parkland students. Detectives investigating the incident determined the phone call had allegedly been made by an 11-year-old male who does not attend Parkland.

The juvenile was charged with one count of disrupting school activities and one count of making a threat of mass violence.  After being charged, the juvenile was released into the custody of his parents.  The case will be handled by the Department of Juvenile Services for adjudication.
Posted by Robert Dyer at 8:00 AM