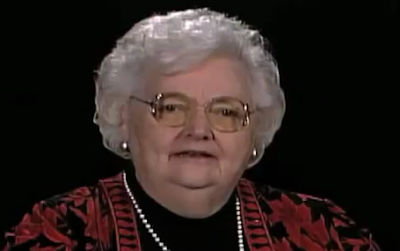 Two-term Rockville mayor and two-term city councilmember Phyllis Marcuccio passed away on Tuesday, June 5. A graduate of Rockville's Richard Montgomery High School, she served as Mayor from 2009-2011, and was reelected to a second consecutive term for 2011-2013. Very active in the community before being elected to public office, Marcuccio kept those close connections with neighborhoods and community leaders as a public servant.

Marcuccio's impact as mayor was significant. Her selections to the Rockville Planning Commission, - along with those of her successor, current Mayor Bridget Donnell Newton - curbed plans for high density urban growth beyond the redeveloped Town Center. The Rockville Pike plan was slowed in its approval process by commissioners, and ended up a much better document than the City's original expensive consultant had proposed.

Decisions made by both mayors were among the factors that led to Rockville being named the Best Place to Live in Maryland this year by Money magazine. The city has become a rival to Annandale for the title of best Asian dining hub in the D.C. region, and recently was chosen for the site of a coveted Wegmans store in B.F. Saul's Twinbrook Quarter development.


"Mayor Marcuccio was a deeply devoted public servant throughout her life and career. A longstanding Rockville resident, she prided herself as a grassroots activist and was an outspoken advocate for the city, always keeping the best interests of her community close to her heart.

“She was a stalwart champion for accountability, putting Rockville residents first when it came to making decisions as a member of the Mayor and Council.

“Whether planning for growth, keeping residents safe, wisely spending taxpayer money or protecting the environment, her commitment to protecting our quality of life and neighborhoods, was first and foremost.

“The City of Rockville is in a better place for her leadership. It was an honor to have known and worked with her.”

According to the City of Rockville, a Mass of Christian Burial will be celebrated at 10:00 AM Friday, June 22 at St. Mary’s Catholic Church, 520 Veirs Mill Road, followed by a reception. The burial will be private.

Photo courtesy Rockville Channel 11
Posted by Robert Dyer at 8:00 AM