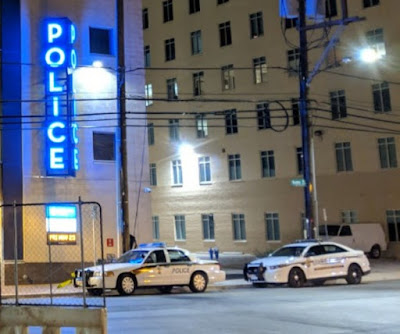 Montgomery County police announced that one of the victims of a suspected hit-and-run collision in Derwood on November 18 has died. Oscar Eduardo Rivas-Macal, 23, of Gaithersburg was thrown from the 2006 Chevrolet Cobalt in which he had been a passenger that night. The car left the roadway and rolled over on an embankment off Muncaster Road. Rivas-Macal died Friday at a local hospital, police revealed over the weekend.

The driver of the Cobalt remains in stable condition. Police are still looking for a dark-colored Ford Mustang, which they believe may have been involved in the accident. However, detectives have released no tag number, model year(s) or other identifying information about the Mustang, making this a needle-in-a-haystack search covering cars from the 1964 to the 2019 model year.

Anyone with information about this accident is asked to call the Collision Reconstruction Unit at 240-773-6620.
Posted by Robert Dyer at 8:00 AM