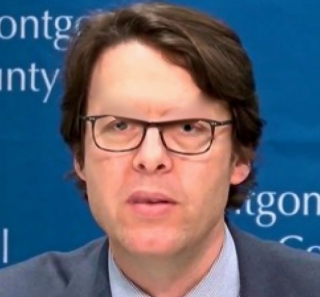 Just days before the 2018 Montgomery County elections, County Council President Hans Riemer has been caught charging taxpayers for a political website promoting him hosted by GoDaddy. County Council reimbursement records show that Riemer sought, and received, reimbursement from County taxpayers for the GoDaddy website's monthly and annual fees.
The CouncilmemberRiemer.com website is clearly a campaign vehicle, touting Riemer's results-free "work" on the Council, and imagined accomplishments. It improperly displays a Montgomery County Government seal at the top of the page, despite not being hosted by montgomerycountymd.gov. Riemer already has an official Councilmember page on the Council's website, as do all other members of the Council.
But Riemer's page features a "Blog" link that sends users to the outside website - and the County website loads a disclaimer declaring the user is now leaving the official government site in the process. Other councilmembers' pages have "News" that is printed right on the site, and an option for an email newsletter, but not an independent campaign-style PR page like CouncilmemberRiemer.com.
Riemer's expense reports show him requesting, and receiving, taxpayer-funded compensation for the full costs of this rogue campaign website - hosting, and domain charges for both .com and .org versions. The total appears to cost taxpayers about $255 a year for a personal, political Go Daddy website promoting the candidate Hans Riemer.
Hans Riemer is free to publish as many websites promoting himself as he wishes, but he's not free to make County taxpayers pay for them. This is an ethics and campaign finance violation. I'm not surprised Riemer would be this audacious, considering he has served two full terms without any media scrutiny.
So far, the media has looked the other way as Riemer accepted massive amounts of out-of-state money from Wall Street crooks and their K Street lobbyists, took checks from Mitt Romney's Bain Capital and MItch Rales' Danaher Corporation - two pioneers in outsourcing - while claiming to be a "progressive," boasted repeatedly at candidate forums in 2010/2014/2018 about being responsible for Barack Obama's 2008 youth vote victory when he was out of the Youth Vote Director position long before Obama had even clinched the Democratic nomination, voted to create a $360 million federal tax shelter for a campaign donor in exchange for $4000 in campaign contributions, and failed to disclose illegal activity he was apparently aware of in the County liquor department until after he was safely reelected in 2014. 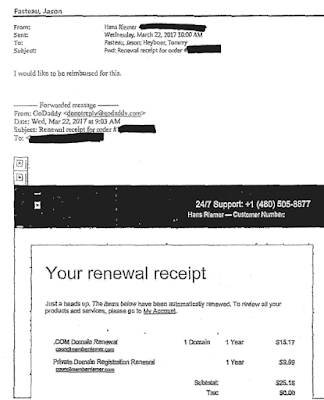 It's past time the media scrutinize an elected official making $137,000 a year who is refusing to even debate his opponents, and is attempting to steal another victory, with no investigation of his questionable actions. And it's past time County voters replace ethically-challenged Riemer with a candidate who can end corruption and restore confidence in our County government: Robert Dyer. 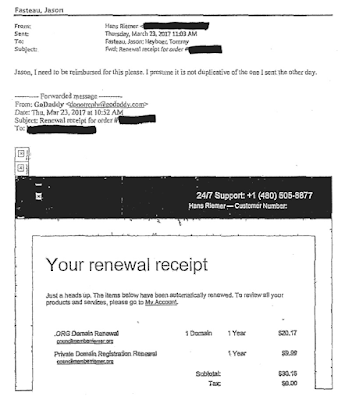