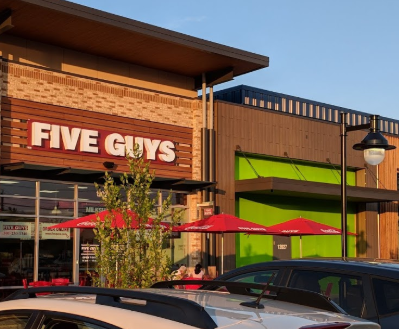 MOD already has a Silver Spring location, arriving in Montgomery County during that initial wave of "fast-fired" personal pizza chains a few years back. But it's a pretty strong addition in this spot, because it will be the only pizzeria at Montrose Crossing, and there isn't much fast casual pizza competition within walking distance besides &pizza at Pike & Rose.

Expect a thin crust due to the fast baking time in the 800 degree pizza oven, but also expect to pay one flat price for unlimited toppings of your choice, always a good deal. You can also get milkshakes at MOD, fairly unusual for a pizza joint. The chain is celebrating its tenth anniversary this year.
Posted by Robert Dyer at 8:00 AM