Montgomery County was hit hard by Winter Storm Gia over the last 48 hours. Snowfall totals ranged from 9.5-10.5" in parts of Bethesda to 11" in White Oak, 11.5" in Rockville and 12" in Germantown and Damascus. 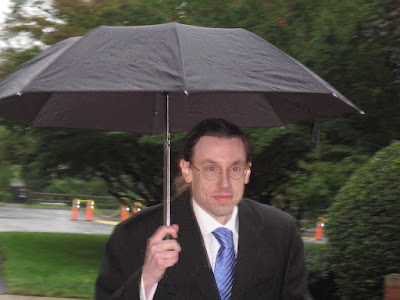 Metrorail subway lines and MetroAccess are operating on a normal weekday schedule, but Metrobus is on a Severe Snow Plan, meaning service is mostly limited to main thoroughfares. Ride On bus is operating on a normal weekday schedule. MARC train is operating on an R schedule. Northbound I-270 just south of Montrose Road is in bad shape, with multiple collisions reported in that area this morning, including one involving a police cruiser.
Rockville city government and city facilities are closed today, and tonight's Mayor and Council meeting has been cancelled. City trash collection won't take place today, and will be delayed one day for all customers the rest of this week.
Takoma Park's city government announced last night it would be closed today if the federal government closed, as it has. City-operated child care is also closed today. City Manager Suzanne Ludlow claims that trash will be collected on-time today, and for the rest of the week. Takoma Park does have its own snow removal service, so perhaps they will be able to clear streets enough to do this.