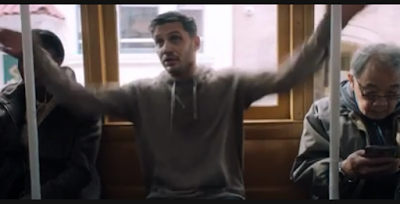 What's a $10 billion boondoggle with branding that brings to mind a creepy man wearing a trenchcoat? Montgomery County's proposed $10 billion Bus Rapid Transit network, devised with consulting help from Communist Chinese officials, and branded as "Flash," despite moving only one mile every four minutes. The public will have an opportunity to learn more about the MD 355 BRT route proposed to run between Clarksburg and the Bethesda Metro station at two open houses next week.

Open House #1 will be held Wednesday, June 26, 2019 from 6:00-8:00 PM at the Activity Center at Bohrer Park, located at 506 S. Frederick Avenue in Gaithersburg. The second Open House will be held the next evening, Thursday, June 27 from 6:00-8:00 PM in the Wisconsin Multipurpose Room at the B-CC Regional Services Center, located at 4805 Edgemoor Lane in downtown Bethesda. 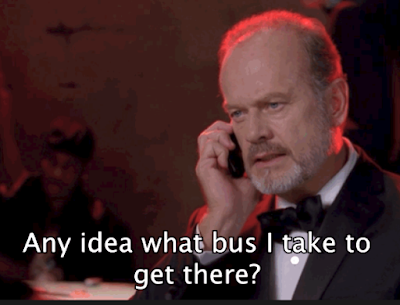 You'll notice several key factoids are not emphasized to the public about this particular BRT proposal.

First, if dedicated lanes are utilized, the vehicle capacity of already-jammed MD 355 will be slashed by 33%. If you know that BRT advocates' most-optimistic number for the percent of people who will "get out of their cars" (as the globalists like to say) is only 16% in the best-case scenario, in a "flash" you can quickly calculate that the BRT will have the effect of severely-worsening rush hour traffic - and increasing exhaust emissions from additional idling in traffic jams.

Second, speaking of fumes, these buses run on diesel fuel. Unlike the futuristic subways on wheels depicted in glossy promotional materials you paid for, the buses look just like Metrobuses. That was exposed in one of the most cringeworthy PR disasters of the BRT push, when the actual bus was displayed at the County Fair, and it looked like a junky Metrobus.

Third, the 355 route - like Route 29 and Georgia Avenue BRT lines - will require demolition of thousands of residential and commercial properties between Clarksburg and Bethesda. Watch this very closely, and keep track if all of the same activists who are raging against 37 potential home demolitions for Beltway Express Lanes yell and scream about thousands of demolitions for BRT. I expect to see heartfelt columns from John Kelly denouncing the greedy developers and their puppets on the County Council and Planning Board, and extensive local news coverage of anti-highway folks jumping up and down and lighting their hair on fire to stop BRT! And like the anti-Express Lane and anti-M83-Highway campaigns, shadow-funded by the Rockefeller Foundation, of course.

In the fine print, you'll notice the County is "still studying" the "property impacts" of BRT. LOL.

Fourth, the only thing the Flash does fast is eat up taxpayer money. 355 "Flash" will take a turtle-like 87.2 minutes to travel the 21.8 miles from Clarksburg to the Bethesda Metro station. And then you're not even at work, because you still have to transfer to Metro to reach where the actual jobs are in the District or Northern Virginia. Better pack a Red Bull, my friend.

It's a simple fact that only transit projects that can beat automobile travel times will get ridership, meaning "Flash" is dead-on-arrival. This, of course, is why the War-On-Cars County Council is trying everything to increase auto commuting times, proposing nuclear options ranging from changing the speed limit to 25 MPH along 355, reducing the width of lanes to 10' and seizing one lane in each direction for the bus.

But that still won't create ridership, or "get people out of their cars." Why? Because increasing your auto commute by another 34 minutes still won't take as long as the average one-way transit commute of two hours. So you'll just end up with empty buses running past heavier traffic congestion and thicker clouds of exhaust from idling vehicles. Heckuva job, Brownie!

Why would County officials press ahead anyway, knowing all this? Because BRT isn't meant to improve travel or be a success. It's simply meant to allow urban-density development along all the routes it travels, by magically qualifying them for "transit-oriented development" by being on a "rapid transit line." The Council's developer sugar daddies couldn't be more pleased.

This is a boondoggle of astronomical proportions. For a fraction of the cost of BRT, we could build the M-83 Highway, the long-delayed new Potomac River crossing, the Rockville Freeway between Montrose Road and the ICC, and the equally-long-delayed Georgia Avenue-Norbeck Road interchange. Each one of the aforementioned highways would carry more commuters each day than the entire $10 billion BRT network. And the Potomac River crossing, like I-270 and Beltway Express Lanes, could be built at virtually no cost to taxpayers by private firms that would earn back their investment through tolls on those new lanes and roadways.

In an economically-moribund county where the government's debt - if it were a government department - would be the third-largest department in the County government, highways make the most sense: moving the most people for the lowest cost of any mode of transportation.
Posted by Robert Dyer at 12:38 PM