How did Montgomery County fail to attract yet another Fortune 500 HQ? 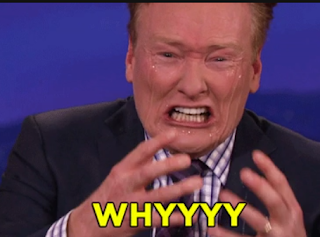 Montgomery County officials have failed yet again to attract a major corporate headquarters; the county hasn't attracted a single one in over twenty years. Fortune 500 financial services giant Schwab was looking for an escape plan from California, a state that is an economic powerhouse but seemingly doing all it can to relinquish that title. Texas, as it so often is, was the winning suitor. An excellent article in the Dallas Morning News explains why suburban paradise Westlake, Texas crushed Montgomery County in the bidding war for Schwab.

Our elected officials, and their few supporters among county residents, continue to suffer from a severe case of Lake Wobegon syndrome. With no critical press corps, massive voter fraud, and unlimited money from the local political cartel, they've been free to continue believing that every day, in every way, Montgomery County is getting better and better.

"There’s a cachet associated with Westlake," the Morning News reports. "Westlake is one of the nation’s premier suburban markets. It has great schools, great hospitals, great gated communities, a lot of celebrities, athletes and former athletes live in that area. It’s highly desirable for the types of executives and high net worth individuals that will be working on this new campus."

In contrast, Montgomery County Public Schools have steadily declined this decade, with test scores and graduation rates plunging, and a widening achievement gap. Many of the ultra-rich who don't share the radical, Neo-Communist views of the Montgomery County Council have fled to lower-tax jurisdictions in our region, tanking County revenues in the process.

"The qualitative parts of site selection that a Schwab would look at have to do with lifestyle amenities like transportation assets. Dallas also enjoys unique access to the global marketplace with major air service."

Montgomery County, on the other hand, has nation-leading traffic congestion, an incomplete highway network that County officials have openly boasted they will not complete, and no direct access to Dulles International Airport, the only airport in the region with the frequency and international destinations of flights demanded by international businesspeople.

County officials have refused to construct the new Potomac River crossing to Dulles that would provide that direct access.

Also important, according to the article, are "the relationships with local elected officials. Are they pro-growth like the folks in the Dallas are? Or do they tend to be anti-business, like elected officials in the Bay Area?"

Montgomery County is clearly in the anti-business category, as demonstrated by its rock-bottom economic development status in the region. MoCo was even whipped by Culpeper and Rappahanock counties this decade. Now that's embarrassing.

Once again, the need to be a desirable destination for millennials and Generation Z is a significant factor. "Fortunately for cities like Houston, Austin and Dallas, you have high in-migration rates of working professionals and young people."

Young professionals are avoiding Montgomery County like the plague, by comparison. MoCo shares the "out-of-control housing costs" of California, and is busy approving demolition of what affordable housing exists - with a redevelopment of Battery Lane that will deliver a net loss of affordable units being the latest.

The County Council's disastrous Nighttime Economy Task Force effort ended up destroying the nighttime economy, with 18 nightspots closing in downtown Bethesda alone in its wake. Young people are going just about anywhere but Montgomery County for nightlife, as it continues to grow its reputation as the boring and sleepy bedroom community for the booming job centers elsewhere in our region.

One new factor not really discussed before is the concern of shareholders. The Morning News reports that choosing a business-friendly HQ site like Texas or Tennessee pleases shareholders, who can expect greater profit margins as a result.

"There's an enormous amount of uncertainty about the economy. What the economy will look like a couple of years from now with respect to potential tax increases, regulations and uncertain trade issues.

"And that’s really bringing back a focus on the old fashioned cost-of-doing-business business climate analysis. Because states that will best weather the storm of an economic downturn are states like Texas and Florida that have pro-business policies, low taxes, fiscal restraint."
Posted by Robert Dyer at 8:00 AM