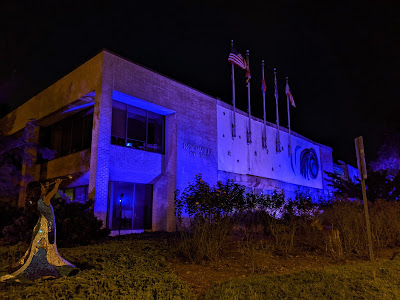 Rockville City Hall was lit in purple last night to recognize Women's Equality Day. August 26 was declared such by Congress in 1971, as an annual commemoration of the passage of the 19th Amendment to the U.S. Constitution in 1920. The amendment gave women the right to vote. Among the observers taking in the light show last night was a deer, seen in the photos above and directly below. 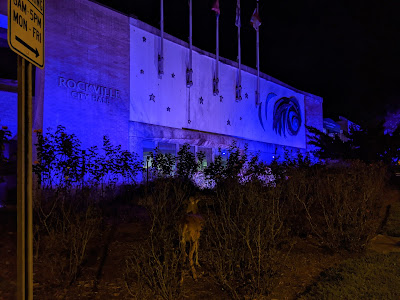 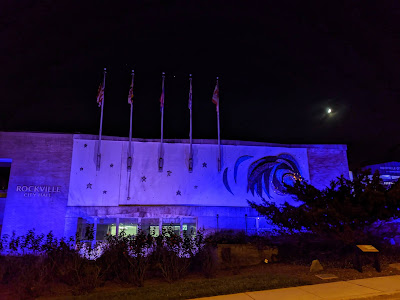 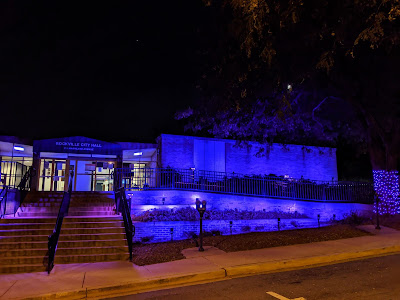 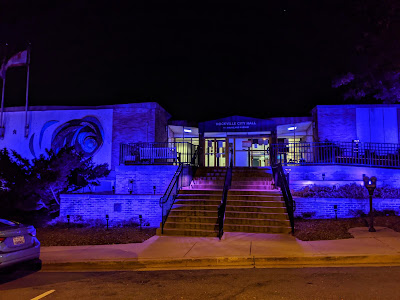