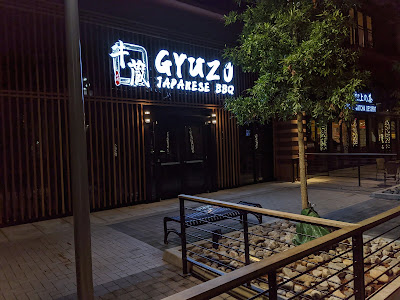 The sign is up at Gyuzo Japanese BBQ at Rockville Town Square, and last night it was lit. Construction inside appears to be nearly complete, but the restaurant says it won't be opening until October. Gyuzo touts itself as the first Japanese BBQ restaurant in Maryland, where diners will cook their meals on a personal-size grill at their tables, making this a dine-in oriented establishment. 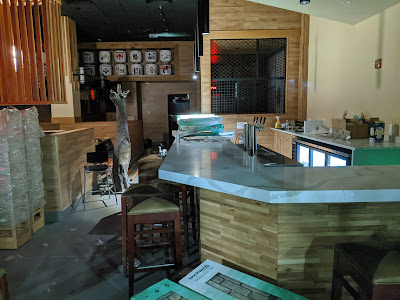 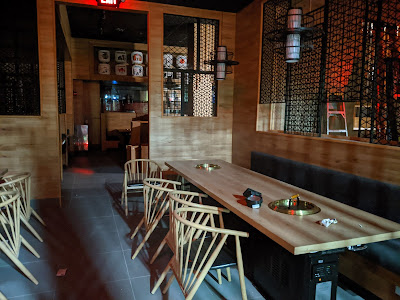 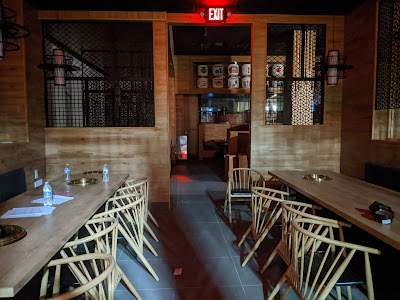 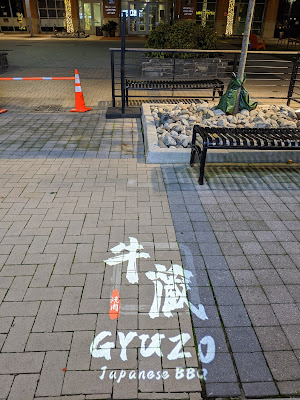 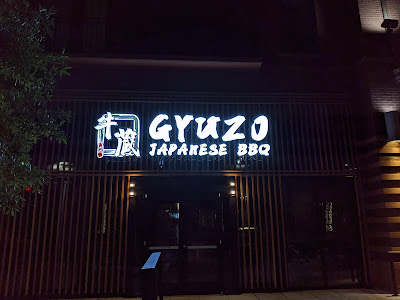