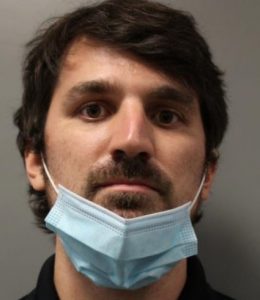 A Democratic congressional candidate who currently works as a teacher at Watkins Mill High School was arrested by Montgomery County police yesterday, and charged with multiple sexual offenses involving a former student when he was employed at Col E. Brooke Lee Middle School in Silver Spring between 2014 and 2015. Maxwell Bero, 30, of Clarksburg ran unsuccessfully in the Democratic primary for Congress in Maryland's 6th Congressional District earlier this year.

On Wednesday, Bero was charged with sexual abuse of a minor, and multiple counts of committing a third-degree sexual offense. His alleged victim was a 14-year-old girl at the time, and is now 19. The sexual interactions Bero is accused of took place on school property, police said. Bero also allegedly exchanged "inappropriate sexual materials and messages" with the girl.

Police are concerned Bero may have additional victims. Detectives of the Special Victims Investigations Division (SVID) are asking anyone who believes that he/she is a victim of Bero to call SVID detectives at 240-773-5400. Montgomery County Public Schools has placed Bero on administrative leave. Bero's bond information was not released by police yesterday.
Posted by Robert Dyer at 8:30 AM