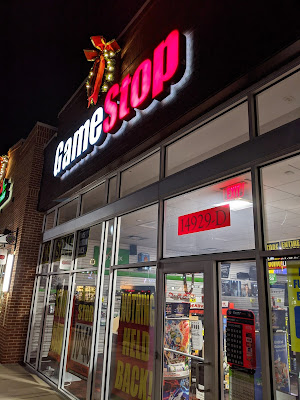 The GameStop store closing soon at the Fallsgrove Village Center in Rockville has a special significance for the area. It's far from the only GameStop location to close in Montgomery County, or even Rockville. But it has a historic place for fans of Fallout, Skyrim and other classics - and for the creators of those games themselves. That's because the Fallsgrove store was the home GameStop for Bethesda Softworks, (a.k.a. Bethesda Game Studios) whose headquarters has for many years also been in Rockville, only a short distance away. 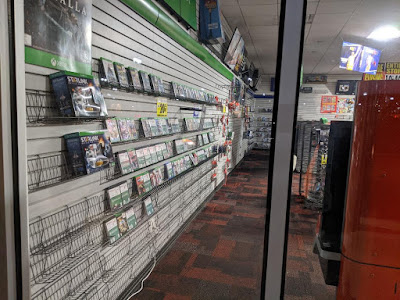 Among the Bethesda gaming memories at this spot: In 2011, Bethesda employees appeared in the store for the midnight launch of Skyrim. Employees of Bethesda handed out donuts and Dovahkiin face masks that night at the store. Four years later, Bethesda staff again appeared to sign copies of Fallout 4 at this GameStop. I'm still a bit steamed that there wasn't any Nuka Cola left at Target on launch day!
Which GameStop will be the new home store when Starfield and The Elder Scrolls VI are released? Stay tuned!
Posted by Robert Dyer at 8:00 AM