Fallout from a recent dust-up over Rockville's Adequate Public Facilities Ordinance (APFO) continues in the final hours of the 2013 Mayor and Council election.

An attempt to weaken the ordinance, which requires sufficient city infrastructure - schools and classroom space, fire and rescue resources, etc. - before development can proceed, drew a crowd of outraged residents to a contentious Public Hearing 35 days before the election. Now the disagreement over the future of the APFO standards has become the central issue in the city election.

As candidates visit homes and meet with voters across Rockville, two members of a committee that considered changes to the APFO in 2011 are urging voters to support the candidates they say will keep the current, higher APFO standards in place.

Tom Gibney, who served on the city's APFO Review Committee, says the award of an APFO waiver to the Silverwood development was a dangerous mistake, and strongly criticizes mayoral candidate Mark Pierzchala for his deciding vote on that matter, in a letter to the Gazette.

Gibney cites his committee's own review of the Silverwood case in his letter. The data that predicts 75-95% of residents will drive south on Route 355 in the morning suggests a dangerous situation for drivers and pedestrians in that area.

He says all of the Silverwood vehicles will have to use the sole means of egress from the apartment complex - a driveway onto 355. The problem, Gibney writes, is that - in order to reach the southbound lanes of 355, drivers will have to first dash across 3 of the highway's northbound lanes. Then, they will have to make a U-turn via a brief signal at Ridgemont Avenue. Gibney warns that this could result in "accidents and fatalities."

If Silverwood is an example of the "smart growth" Pierzchala and the Team Rockville slate are promising, Gibney concludes, "he does not deserve to be Mayor."

Gibney says he is supporting Bridget Newton for mayor, because she opposed the waiver for Silverwood as a councilmember.

A second member of the APFO Review Committee, Sean Hart, is also speaking out. In an email circulating on community listservs, and obtained by Rockville Nights, Hart expresses concern that some Rockville candidates "want to remove key components of the APFO," to permit far more development and growth in the city than is currently allowed. "Rockville is severely over capacity for schools, and as we all know, driving around town can be very slow," notes Hart.

Hart writes that his own analysis of the data while serving on the APFO committee suggests that working closely with the state and county to ensure needed infrastructure gets funded and built would be a better approach than weakening the APFO.

To foster that approach, he urges his fellow citizens to only vote for the 3 candidates who have been outspoken in their support of maintaining the current APFO standards: Newton for mayor, and Don Hadley and Claire Marcuccio Whitaker for city council.

"It is my belief that voting for [those] 3 (and only [those] 3) candidates for Mayor and Council will help us continue to take an appropriate approach to growth in the city," Hart concludes. Voting for only 3 candidates on the ballot, rather than the maximum possible 5 (1 mayoral+4 council seats), is allowed when voting in Rockville.

There are now less than 24 hours before city residents begin voting. 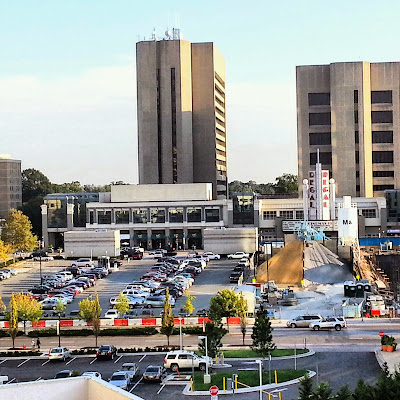