With the 2013 Rockville Mayor and Council election results in, we know who won. But why did they win, and what messages are the voters sending to government through their choices?

There are no exit polls, and we don't have much information about what parts of the city most actively turned out to vote. But we can draw some preliminary conclusions today:

Just about all we heard about during the final weeks of the election was the Adequate Public Facilities Ordinance. And turnout at a public hearing on that issue was large, organized, and just about unanimously opposed to altering the APFO. But yesterday, voters elected only one candidate who aligns with that position, new mayor Bridget Newton. Is that a contradiction?

On paper, yes. But many in Rockville have been critical of the ongoing squabbling between factions during Mayor and Council meetings. A high profile example of diplomacy trumping policy is former mayor Jim Coyle.

Coyle, a highly-regarded leader in the city, was arguably one of the most effective speakers opposing the high-density, mixed-use draft Rockville Pike plan in 2011. But in the election, he endorsed Team Rockville, which favors more growth on the Pike than its independent challengers did. This is a contradiction. However, Coyle has been outspoken in his belief that the city worked better when it elected slates that had general agreement on broad issues. The results suggest a number of voters agreed with Coyle.

2. East Rockville may have been a factor.

East Rockville, like Twinbrook, has been taking the brunt of development side effects, and not getting a lot of attention from politicians. It is also an area seeing an increase in young professionals. Those two trends might be among several reasons Julie Palakovich Carr received the most votes. As she mentioned in the debates, residents of East Rockville are displeased about a number of issues. Displeased voters vote. Politically-engaged young professionals likely saw Palakovich Carr as someone like them: of a newer generation, but wanting to be actively involved in the city. And she was very effective in bringing up practical issues like crime and rat control in East Rockville during the debates.

3. Among voters who did their homework on the candidates, a majority favored denser, urban-style growth for Rockville.

Was it that pro-development voters turned out in greater numbers? There is a contradiction to that, in that they elected a mayor who does not favor that type of growth. But with a 3 vote majority carrying on all issues, Mayor-Elect Newton will face a challenge in stopping it. Palakovich Carr and Virginia Onley, in particular, expressed some reservations about the Rockville Pike Plan during the debates, suggesting they did not entirely share their Team Rockville colleagues' growth agenda. If they hold to that independent streak, there could be room for Newton to reach compromises on height, density and other provisions. But, if you are a developer, you have to be feeling fairly good about the election results this morning.

The only thing more embarrassing than the low turnout was the lack of candidates running. Don Hadley and Claire Marcuccio felt compelled to enter the race late, knowing they were at a disadvantage, because they could not believe no one else besides Team Rockville was running. The fact that Hadley was just about 80 votes short of winning the fourth seat suggests that he would have won if he had had more time. He had not planned to run, of course, so it was not poor planning on his part. But it is a good example for any candidate who sat out this time, that someone favoring more responsible growth can win if they have sufficient time to make the case with voters.

And if slates remain in favor, it may be necessary to form them to win.

5. Voters want Newton to be a check on Team Rockville.

Newton does not have the votes to stop a 4-1 decision. But the mayor does have power to control the agenda, steer policy, and make appointment nominations. This means that, for example, Newton can continue to fill Planning Commission vacancies over the next two years with residents who share her principles on development and growth.

The ballot question results also speak to voters sending a nuanced message: Yes, we want you to have more time in office, but we want active, engaged voters to have their voices heard in off-year elections.

6. There's much we won't know until this council begins work November 18.

Is it really a 4-1 split? Will independent thoughts, and the message voters have sent about cooperation, allow for alliances to form on various issues? My guess would be that it's possible. Citizens will be the best judge, and will play an important role at Citizens Forum and during public hearings, in communicating their concerns and priorities to the new Mayor and Council. This has certainly been the most across-the-board qualified group of candidates to run - to a person - in my time following Rockville politics. So, it will be interesting to see how the dynamics play out over the next 2 years. 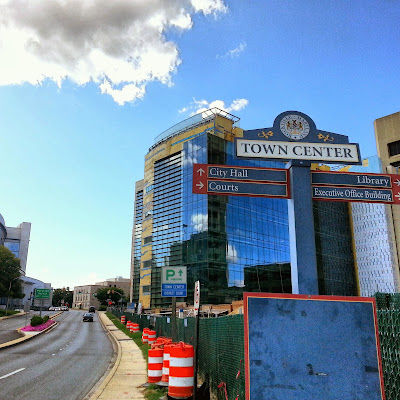