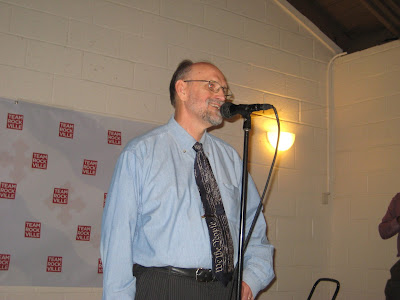 Rockville Councilmember Mark Pierzchala advised his colleagues at last night's Mayor and Council meeting that he wants the City to stop funding contact football for youth in its budget. The Mayor and Council have allotted $342,510 for youth sports in FY-2016. However, the amount of that which funds tackle football is not broken out in the budget document.

The Recreation and Parks Department offers a Rockville Football League for youth on its list of sports. A representative for the City, Jen Liberto, sits on the Board of Directors of this league entity. But it's unclear how much control or say Rockville has in its budget and operations, or how much the City contributes financially to the league. If Rockville were to cease funding tackle football, the impact on this or other programs is also unclear.

Pierzchala said that, as a former football player in his own youth, he knows football is inherently a "helmet-to-helmet" game. With recent concerns over concussions and long-term brain injuries in football players at all levels, Pierzchala argued that this is discussion the City must have. He said he wanted to give advance notice of his position, so that no one would be taken by surprise when the new budget deliberations are underway.
Posted by Robert Dyer at 8:00 AM