Should part of the Southlawn industrial area be redeveloped as residential? (Photos)

Consultants unveiled two possible visions for the future of Rockville's Southlawn industrial area, and its interactions with the surrounding residential neighborhoods in East Rockville, at a public meeting last night. They wanted feedback from residents and business owners on what strategies and directions the City should pursue in the short and long-term in that area. Also there to hear that feedback were Mayor Bridget Donnell Newton, Councilmember Beryl Feinberg, and members of City staff. 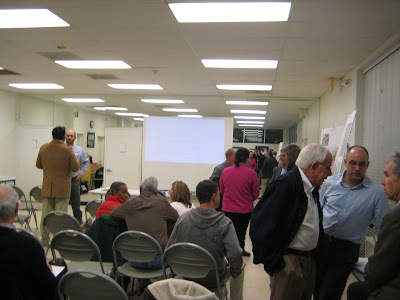 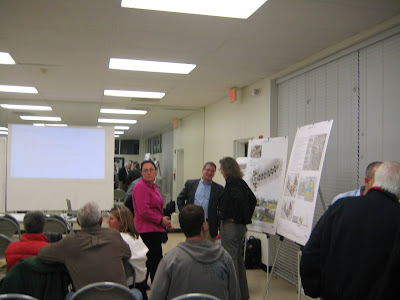 The basic choice offered was to make some modest improvements in pedestrian safety and cut-through traffic, or to allow a part of the industrial area along N. Horners Lane to be redeveloped as residential, a transformation that would cut off several roadway connections that currently exist between the industrial uses off Gude Drive and the residential neighborhoods. 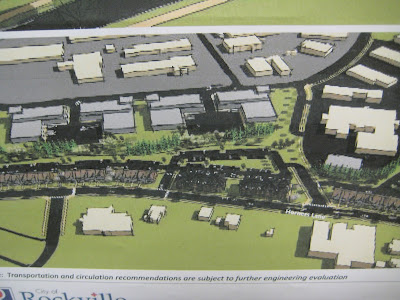 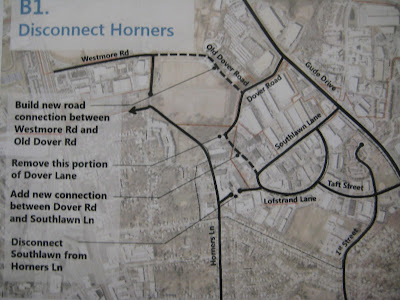 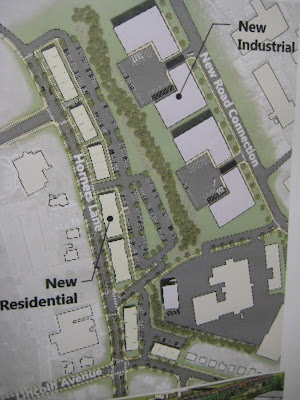 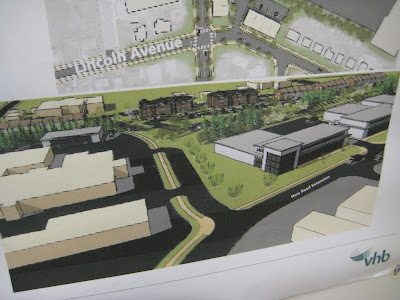 To encourage redevelopment along Horners, a new road would be constructed. Horners would no longer have an industrial use, and be fully integrated with the residential area. Townhomes and low-rise apartments would have industrial uses behind them, and a buffer zone in-between.
The latter plan is more ambitious, sure to be controversial, more expensive and involves private property not under City control. But, "everything's for sale, my brother," one of those private landowners said last night. 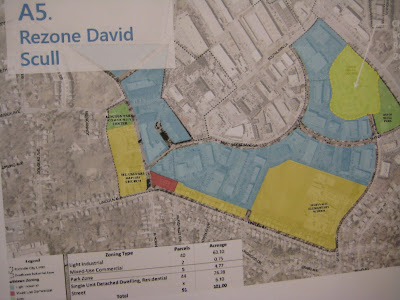 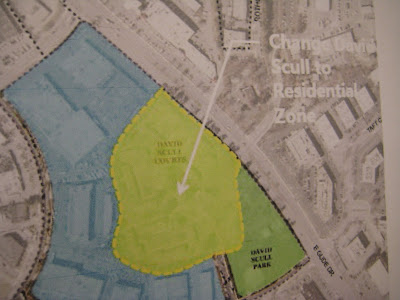 Another major proposal in both alternatives is to rezone the public housing development David Scull Courts from industrial to residential. I asked one of the consultants if that would make David Scull Courts vulnerable to redevelopment through a public-private partnership. In other words, does the inability to build residential on the currently-industrial site prevent a knock-down such as is being proposed at Halpine View, where residents end up scattered - if they are lucky - to other affordable housing, while their building is replaced with a luxury development most will never return to.

He suggested the new residential zoning might actually help preserve David Scull Courts from being replaced by an industrial use, by zoning it what it actually is today.

During break-out sessions following the presentation, residents discussed a number of concerns. These included how the changes would relate to the new Maryvale Elementary School building, which will eventually include the addition of the Carl Sandburg Learning Center, which will relocate from Meadow Hall Drive. That will add at least 100 more students and 100 staff members, Melissa McKenna of the MCCPTA CIP Committee said, as well as 15-17 more buses and a second bus loop to the site.

Those types of changes could determine what the City should and should not change regarding pedestrian safety and parking in that vicinity. Currently, cars line up on both sides of the street to pick up kids after school, which offers a county-wide French immersion program. Sandburg is also a countywide magnet program. 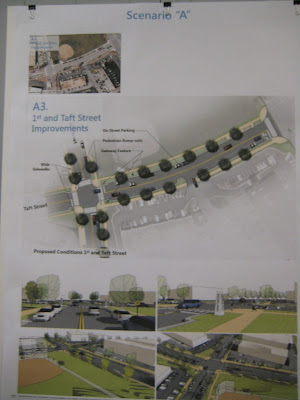 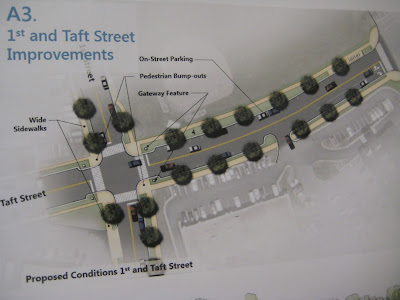 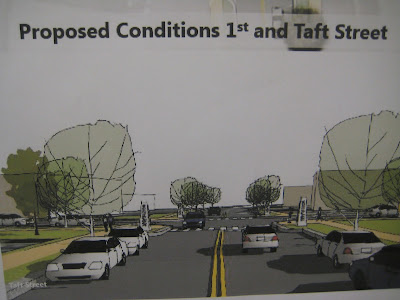 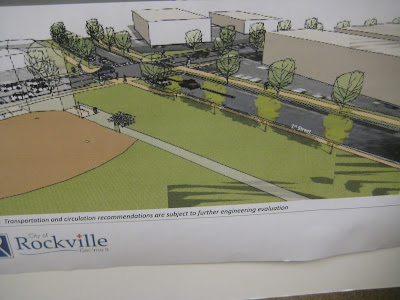 Both alternatives show improvements at the intersection of First Street and Taft Street. But there is also a middle school and high school bus stop at that intersection, McKenna said.

Plans to use signage to discourage cut-through traffic met with skepticism from some residents. "I don't think it will work," one predicted. "[Drivers] don't pay attention to it." 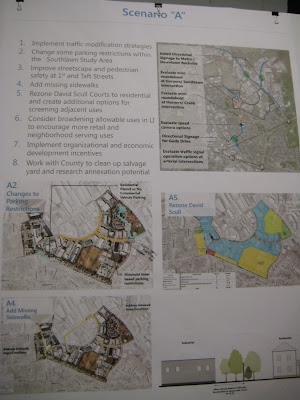 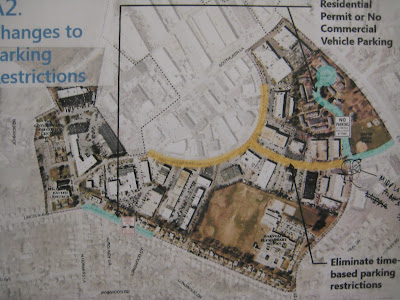 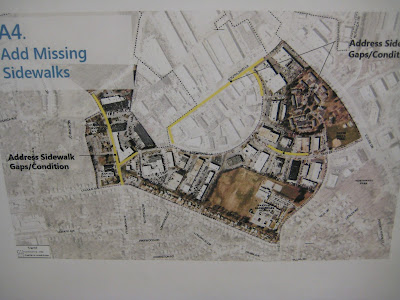 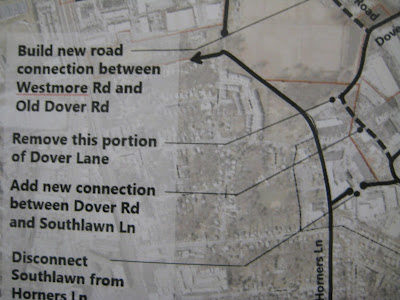