Leggett removes Carver and Westmore from bus depot list - who's next? 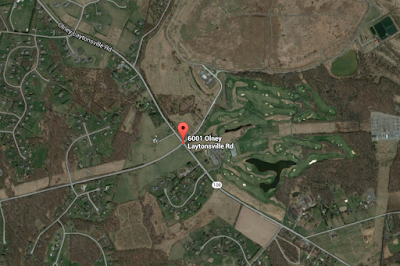 Residents in Lincoln Park and around the Carver Educational Services Center in Rockville are celebrating the success of their efforts to stop Montgomery County from relocating the Shady Grove school bus depot to their neighborhoods. County Executive Ike Leggett sent a memo to County Council President Nancy Floreen yesterday announcing he is withdrawing the current Declaration of No Further Need for the existing depot on Crabbs Branch Way, and is removing Carver and 1000 Westmore Avenue from the list of potential depot sites.

While neighbors of 1000 Westmore won't likely complain, the County did end up blowing $12,000,000 on its purchase of the Westmore site in what it claimed was a budget time so tight that taxes were raised to the highest level in County history last month.

The Crabbs Branch depot was to be vacated in 2017, and sold to a developer who would build townhomes and apartments on the site near Shady Grove Metro station.

But the letter makes clear that this so-called "Smart Growth Initiative" is not over. Leggett states that he is having his staff find more suitable locations than Carver or Westmore.

The problem, of course, is that every potential depot site also has residents nearby.

You'll notice that, despite fierce community opposition, Leggett pointedly did not remove the Blair Ewing Center from the potential depot sites in his memo.

And another bad choice, the Oaks Landfill at 6001 Olney-Laytonsville Road, is one councilmembers like Hans Riemer explicitly stated they want to have a public discussion about. There are several residential subdvisions right around the site, and homes directly across the road from it. 410 buses would honk their horns and test their backup beepers each morning at 6:00 AM.

The only other site given serious public consideration last year was a property near the intersection of Woodfield Road and Snouffer School Road, also near homes.
Much of Rockville is now off the hook in this crazy, developer-fueled crusade - but the battle is just starting at these, and potentially other, poor choices for the depot site around the County. Residents near those locations are waking up to find the MoCo political cartel is headed their way.
Posted by Robert Dyer at 8:00 AM