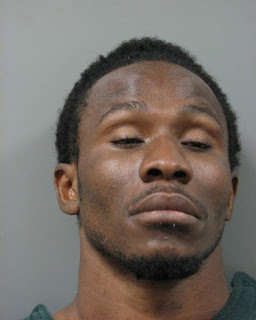 A man accused of entering two Rockville homes, and assaulting their residents, has been taken into custody by the Rockville City Police Department. Mohammed Soumah, 30, of no fixed address, is charged with attempted armed robbery, first-degree assault, first-degree burglary and first- and second-degree assault. He is being held at the Montgomery County Detention Center on $10,000 bond.

According to police, Soumah allegedly entered a home in the 400 block of N. Horners Lane around 2:00 PM Monday, and held a knife to the throat of an elderly woman after she caught him going through her bedroom drawers. He fled after another occupant in the home intervened. The suspect allegedly entered a second home on Robert Road, and engaged in a scuffle with a resident. Soumah managed to take cash from a desk despite the struggle, and fled.

Shortly afterward, a Montgomery County Sheriff's deputy noticed a man who fit the description given by both victims in the parking lot of the Burgandy Park Shopping Center. He stopped Soumah, and he was ultimately arrested for the crimes.

Anyone with information about this incident or this individual is asked to call the RCPD Criminal Investigations Unit at 240-314-8938. Callers may choose to remain anonymous.