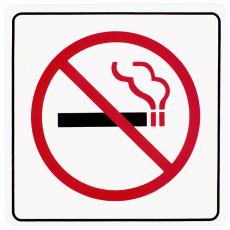 Smoking in outdoor dining areas could be banned in the City of Rockville as soon as Monday night. The Mayor and Council are scheduled to discuss the ordinance, but could waive a layover and cast their final vote, as well.

Of the public feedback on the proposal received by the city, 22 of 24 written comments supported the ban. However, one of the two negative submissions is a petition opposing the ban, signed by 189 people who oppose it. City staff has been unable to confirm how many of the 189 are Rockville residents, but then again, not everyone dining in Rockville is necessarily a Rockville resident.

Residents, businesses and patrons of Rockville establishments will have the opportunity to address the Mayor and Council on this issue during Community Forum, which is earlier in the meeting. The meeting begins at 7:00 PM this Monday, May 22, 2017, following an executive session that is closed to the public.
Posted by Robert Dyer at 12:29 PM