Another MCPS security employee charged with having sex with student 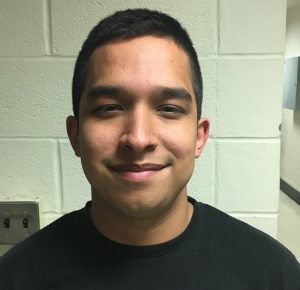 Montgomery County police have arrested and charged a Montgomery County Public Schools employee for allegedly having sex with a 14-year-old student at Col. Brooke E. Lee Middle School in Silver Spring, where he was a "security employee." Mike Anthony Lievano, 21, of University Boulevard in Silver Spring, has been charged with sexual abuse of a minor, a third-degree sex offense, and fourth-degree sex offense.

Police say Lievano turned himself in late last night, and was transported to the Central Processing Unit. He is being held on a $10,000 bond.

Lievano is the second MCPS security employee in a month to be charged with having sex with a minor girl at the school he was assigned to. In the first case, at Richard Montgomery High School, it was revealed that MCPS had failed to do a background check on that employee, who had faced charges in a strip club gun incident easily found through a Google search.

Detectives say Lievano and the girl at Lee MS started "dating" on March 29, after an exchange of text messages. They did not say how the suspect obtained the girl's cell phone number. "Inappropriate sexual contact" took place between the two at his home, and her home.

Police ask anyone who believes that his/her child may have been victimized by Lievano in a similar way to call the Special Victims Investigations Division at 240-773-5400.
Posted by Robert Dyer at 12:41 PM