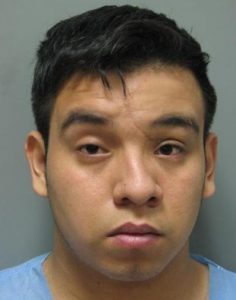 Rockville High School gang rape suspect Henry Sanchez is scheduled to be in court today to face charges in the alleged March 16 attack in a school bathroom. Sanchez's attorney, Andrew Jezic, has told the Washington Post that prosecutors told him they are dropping the rape case against Sanchez. Prosecutors have not publicly confirmed that report as of press time.

Should the charge be dropped, it would raise serious questions about the prosecution of this case. As defense attorneys engaged in victim shaming, prosecutors seemed to suggest that Sanchez's alleged role in the attack was the more egregious. Even if a consensual encounter in a school bathroom had been planned between the victim and alleged rapist Jose Montano (and no evidence has been made public to support that contention), that did not mean the victim had agreed Sanchez could participate, prosecutors argued.

If their case against Sanchez falls apart today, then, where does that leave the victim and the case against Montano? As for Sanchez, the Post reports prosecutors will pursue a child pornography case against him, for possessing photos of the victim that were forwarded to him by Montano.

Regardless of the outcome of the case, Sanchez faces immediate deportation by the U.S. Immigration and Customs Enforcement agency (ICE), unless Montgomery County politicians help him escape by not honoring the ICE detainer. Both Sanchez and Montano are in the country illegally.
Posted by Robert Dyer at 9:02 AM