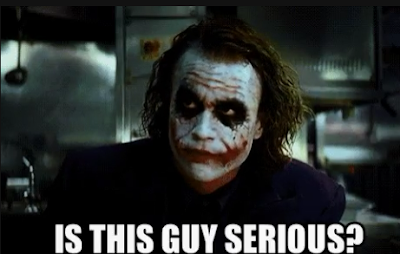 Jose Montano, the supposedly-17-year-old illegal immigrant who was charged in the Rockville High School rape case last spring, has plead guilty to a child pornography charge related to the incident, according to the Washington Post. Montano and a second suspect in the alleged gang rape of a 14-year-old female student, Henry Sanchez, were charged with possessing photos and video of the victim after Montgomery County State's Attorney John McCarthy made the bizarre declaration that he would not prosecute either man on rape charges.


"Only a fraction of the offenders are punished."
- Barack Obama, 2014

McCarthy never provided any tangible evidence to support his assertion that he could not pursue the rape case, never addressed the substantial volume of forensic evidence detectives stated they had collected in the school bathroom where the alleged attack took place, and never stated that the victim had recanted her original account to police. The victim was thrown under the bus by County officials, who joined local media in a round of unprecedented victim-shaming, summing up their version of the case as, "she was asking for it."

The fact is, not a shred of evidence has been proffered by anyone that proves a gang rape did not occur, nor that the victim is no longer seeking justice in her case. Notably, the victim was never charged with filing a false report. County officials never even stated if they had verified the two men are actually the ages they claim to be - yet both may have avoided prosecution on statutory rape as a result. As it is, they skated on statutory rape charges thanks to the dirty old men who serve in the Maryland General Assembly, who have made the law such that a college student can now have legal sex with a 14-year-old. Sick.


"Understand that if someone does not or cannot consent to sex, it's rape.
Never blame the victim."
- Barack Obama, 2014

Eager to capitalize on anti-Trump feelings in Montgomery County for sympathy, Montano's attorneys allowed Post reporter Dan Morse to observe the proceedings Friday in Montgomery County Juvenile Court. What's perhaps as troubling as the evidence-free acquittal, are the suggestions by Montano's attorney that the judge "may ultimately release Montano to his relatives," and that "he has a chance to get a green card."

Let's recap here: Two grown men sneak into United States. Are intercepted by Border Patrol. Should be sent back, but because of Obama-era policy, are instead allowed to live with relatives until a court hearing can be held in a backlogged court. Incredibly, both men enroll as "freshmen" at Rockville HS. They proceed to either gang rape, or have consensual sex with, a 14-year-old "classmate" in a school bathroom. The girl immediately reports she has been raped to the police. McCarthy announces he won't prosecute either man. Both men now believe...they should be given residency status?

Release Montano to relatives? Hell, no.

According to the Post report, Montano's attorney David Wooten says Montano now knows he "needs to respect girls more." Just makes you want to give this sensitive clown a green card, right?

Get him the hell out.

The only thing as shocking as the outcome of the rape case, and the delusions of the two aliens in custody, is the absence of outrage by advocates for rape victims in the County and region about the total lack of transparency in this case. Nobody gave a damn about this girl. Montgomery County officials who have declared the two men innocent aren't facing questions or criticism, much less the recall effort facing the judge in the infamous Stanford rape case.


"It’s a haunting presence when the very people entrusted with your welfare fail to protect you."

This is interesting, instructive, and again illuminates that Montgomery County officials - and their political allies - are held above the law. Both the Montgomery County Council and the Bell, California City Council raised their own salaries to obscene levels, while raising taxes on their constituents to record levels. Both councils also slammed their constituents with millions of dollars in highly-suspect and capricious traffic tickets.

Bell's Council is in prison. Montgomery County's Council is running for reelection.
Posted by Robert Dyer at 11:43 AM