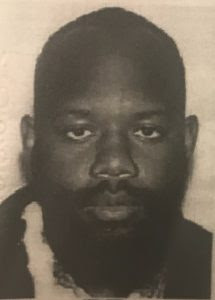 Robinson is described by police as an African American male, 5’ 9”, and weighing approximately 200 pounds.  He has black hair and brown eyes.

Anyone with information regarding the whereabouts of Nathaniel Lee Robinson is asked to call the Montgomery County Police non-emergency number at 301-279-8000 (available 24 hours). Callers may remain anonymous.
Posted by Robert Dyer at 8:00 AM