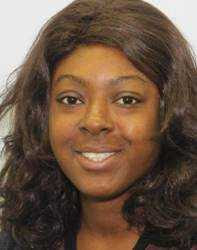 A woman who left the District Court of Maryland courthouse at 191 E. Jefferson Street in Rockville around 9:00 AM yesterday hasn't been seen since. Montgomery County police say Diva Sada Anita Marshall, 28, is African American, approximately 5’5″ tall, and weighs 128 pounds. She has black hair and brown eyes.

Police and her family are concerned for her welfare, as she functions at a middle-school level. Detectives are asking anyone with information regarding the whereabouts of Diva Sada Anita Marshall to call the Montgomery County Police Department’s non-emergency number at 301-279-8000.
Posted by Robert Dyer at 8:00 AM