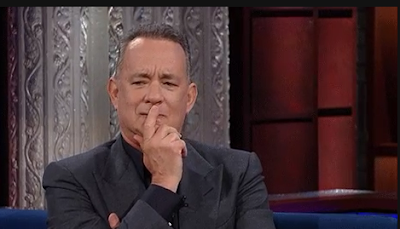 A bill that would drastically change Montgomery County's election process could be voted on in Annapolis as early as this week. MC 19-18/HB 173 would allow the Montgomery County Council to implement Ranked Choice Voting for County elected offices. It leaves all of the decisionmaking on how to implement instant runoff voting in the hands of the Council, ranging from how the ballots would be designed, to where they would be counted (in each precinct, or at a central location).

Ranked Choice Voting allows voters to rank a first choice, second choice, for each elected office on the ballot. Proponents say it allows the majority to prevail. A winning candidate who doesn't have an actual majority of votes can be bumped in favor of a second-place finisher, who has received more second and third place votes than the winner.

Is this good or bad? There seems to be no definitive study or consensus opinion. Some say it gives a boost to third party candidates. The Cato Institute says it "actually neuters third parties." Republicans have fought it in Maine; College Republicans in Virginia just endorsed it this month. The lack of cohesive response might suggest that ranked voting is indeed fair to all, and being focused on dozens of major local issues, I'm not prepared to condemn something I haven't had time to study in great detail.

But, the skeptic - which any good journalist should be - would naturally have to ask, "Why is the Council pushing for this?" What problem is it addressing? There have been no disputed elections in Montgomery County. There have been no spoiler victories, no GOP victories, and no third-party victories.

Ranked voting might have stopped Donald Trump from gaining primary and general election victories, but Trump was crushed by Hillary Clinton in Montgomery County, and this bill only applies to County offices. We know that Montgomery County Democratic turnout was low in June 2014, but the low turnout was mainly the result of incumbents' desire to hold the Democratic primary while many voters were at the beach.

At this point, I would just like to hear ranked voting proponents answer what specific problem in Montgomery County elections this bill is solving. For example, how the outcome of County races in 2014 would have changed with ranked voting, and what benefit that change would have had. If these types of Montgomery County-specific questions cannot be answered, it would not speak well for the bill, or garner public support for Council action if it passes.
Posted by Robert Dyer at 9:28 AM