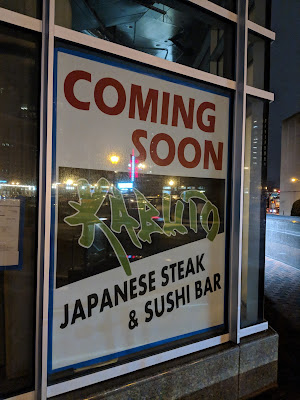 A long-awaited addition to Rockville's exploding Asian dining scene is finally showing further signs of life - and a modified name. It was nearly ten months ago when I broke the story that the owners of Kabu Japanese Steakhouse in Laurel had leased space for a new location in Foulger-Pratt's Rockville Metro II building at One Choice Hotels Circle. Since then, not much has happened besides the occasional appearance of a step ladder inside the space. 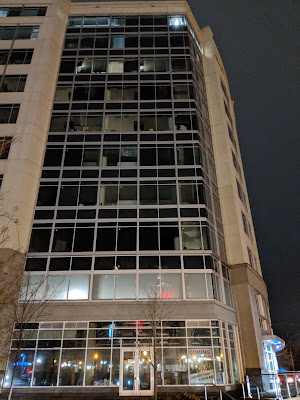 Now some significant work seems to be underway inside, and "coming soon" signage has been put up in the windows. The new year brings a new name for the restaurant, which will now be known as Kabuto Japanese Steak & Sushi Bar. For folks coming off the Metro at the end of the day, Kabuto will be the first restaurant choice they'll encounter walking into Rockville Town Center - Location, location, location! 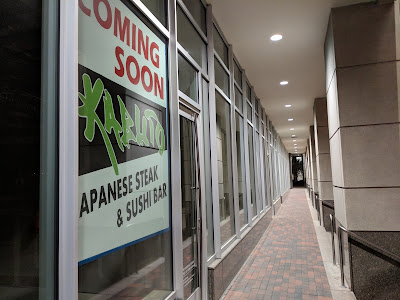 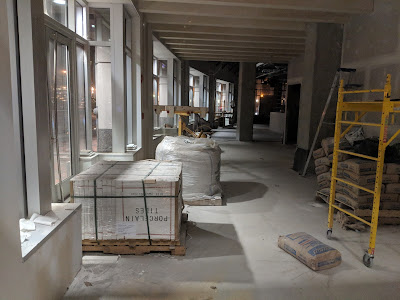 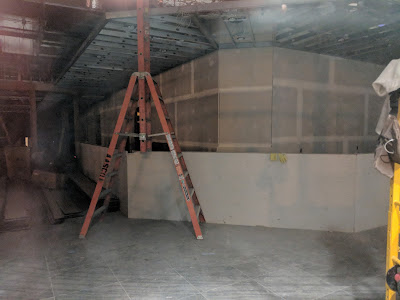