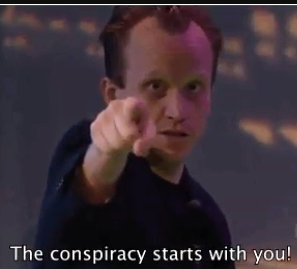 A cabal of developers and Republicans is spending big to determine the winners of the Democratic primary election in Montgomery County on June 26, according to an investigation published by the Daily Kos. "There is a covert Republican/developer slate for Council," author Eric Hensal writes. He identifies the covert GOP/developer slate as Democrats Gabe Albornoz, Marilyn Balcombe, Evan Glass, Hans Riemer (in the At-Large race), Andrew Friedson (District 1), and Sidney Katz (District 3).

Hensal notes the covert financing effort is a change from 2002's overt developer effort that successfully elected the laughably-named "End Gridlock" slate to the Council. The "End Gridlock" slate infamously went on to double and triple the amount of traffic gridlock, by allowing unlimited development without providing the highway capacity needed to support it.

To reach his conclusions, Hensal examined patterns of donations, and connections among donors contributing to the same candidates. He determined that many of the donors who are supporting the covert slate are also donors to Republican Gov. Larry Hogan. Hensal also concluded that simply using public financing did not eliminate developer influence on candidates doing so - they still receive donations from developers, and can leverage those developer donations for more public money.

In identifying the covert slate of candidates, Hensal concludes that, "The most generous view is that these candidates are simply a consensus of the Republican/Developer community. However, an ongoing coordinated effort to elect them is very possible."
Posted by Robert Dyer at 8:00 AM