Closing sale underway at Saks Off Fifth in Rockville 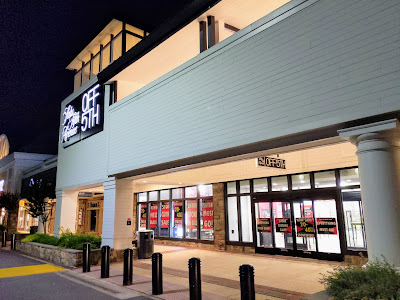 The collapse of high-end retail in Montgomery County continues. A closing sale is now underway at Saks Off Fifth at Congressional Plaza on Rockville Pike. Items are 20-40% off, which somewhat undercuts the "Nothing Held Back!" claim. My guess is that unsold merchandise here will wind up at the many other Saks Off Fifth locations that remain open around the country. 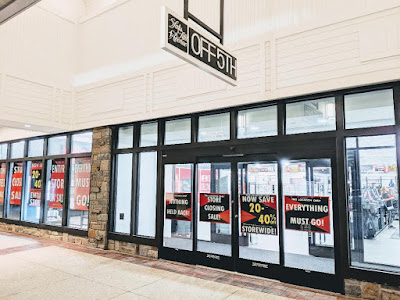 Windows in the storefront display the "Everything Must Go!" signs now ubiquitous in shop windows around the county. Montgomery County has suffered a net loss of over 2100 retail jobs since 2000, according to the Maryland Retailers Association. The flight of the rich to lower-tax jurisdictions in the region has since cratered high-end retail centers in Bethesda and Chevy Chase, with the latter's once-touted "Rodeo Drive" of Wisconsin Avenue now a sad strip of vacant storefronts, aging apartments and smashed-out bus shelters.
Posted by Robert Dyer at 9:34 AM