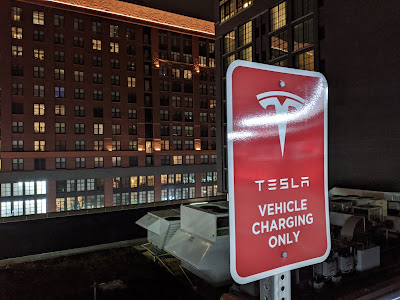 A new Tesla Supercharger station has now been activated in the Trade Street garage at Pike & Rose. The Federal Realty property's garage was already doing its part for the environment with the largest solar canopy on a retail garage in the state of Maryland. Now multiple stalls are available on garage Level P6 for Tesla owners to recharge while shopping, dining, or taking in a movie at Pike & Rose. 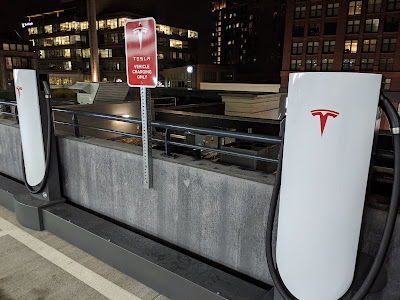 This Supercharger site is also is one more dot on the nationwide network of Tesla charging stations, a network that surpasses any of the automotive company's electric rivals in the industry. Only one Tesla owner was taking advantage of the new Supercharger last evening, but expect that to increase as the word gets out. I look forward to plugging in my Cybertruck here someday. 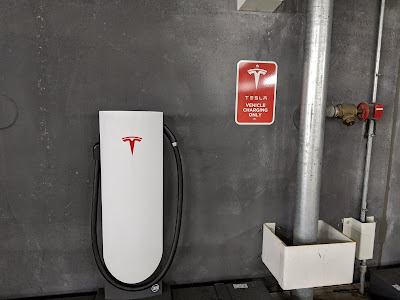 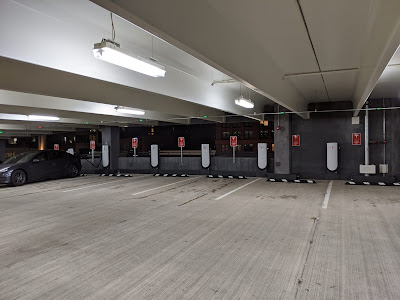 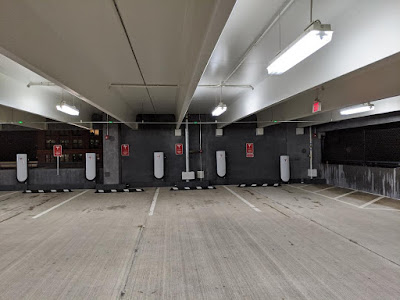 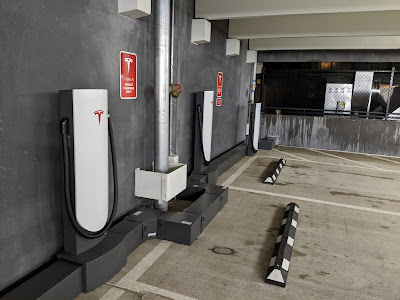 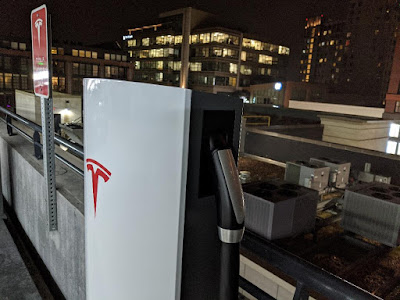 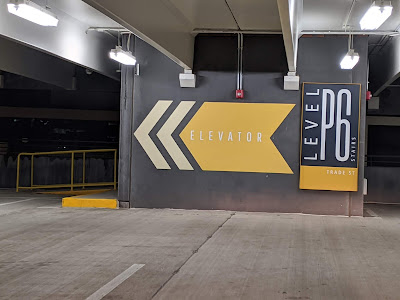