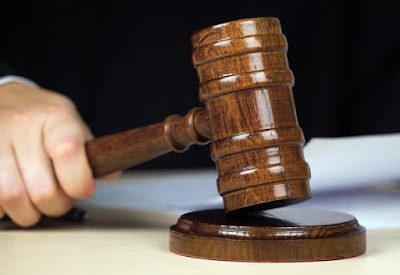 Right-wing government watchdog group Judicial Watch has filed suit against Montgomery County over its recently-announced plan to disburse $5 million-worth of checks to residents who do not qualify for coronavirus financial assistance from the federal government. While the County's official announcement nowhere mentions that the money will go to non-legal residents, it was widely recognized by advocates and opponents alike that the money was intended to go to residents who are here illegally. The initiative was seen by proponents as essential to the County's recovery, given the large number of undocumented immigrants in Montgomery County who would otherwise receive little financial relief during the pandemic.

Judicial Watch is seeking a restraining order against County Executive Marc Elrich and Montgomery County Department of Health and Human Services Director Raymond L. Crowel on behalf of two Montgomery County taxpayers, Sharon Bauer and Richard Jurgena. The restraining order would prevent Elrich and Crowel from disbursing any of the $5 million to residents who are in the country illegally.

The group asserts that the County's plan, known as the Emergency Assistance Relief Payment (EARP) program, violates federal law. Under 8 U.S.C. § 1621(a), a local government may only provide benefits to "unlawfully present aliens" if the state the jurisdiction is in enacts a law permitting it to do so. Judicial Watch argues that, because Maryland has never passed a law allowing Montgomery County to disburse cash payments directly to residents living here illegally, the EARP program itself is illegal.

“Montgomery County Executive Elrich and the Montgomery County Council have no legal authority on their own to spend taxpayer money for cash payments to illegal aliens,” Judicial Watch President Tom Fitton said in a statement. “The coronavirus challenge doesn’t give politicians a pass to violate the law. If they want to give cash payments to illegal aliens, they must be accountable and transparent, and, as federal law requires, pass a state law to do so.”

The group has filed a similar lawsuit in California, which is still pending there. Judicial Watch recently won a legal fight against Maryland, which resulted in a judge ordering the state to hand over all voter data from Montgomery County, after Judicial Watch found that there were more names registered to vote in MoCo than there are actual eligible voters in the county.
Posted by Robert Dyer at 8:00 AM