BLACKMAIL! ARE MCPS AND DEVELOPERS HOLDING ROCKVILLE HOSTAGE OVER APFO? 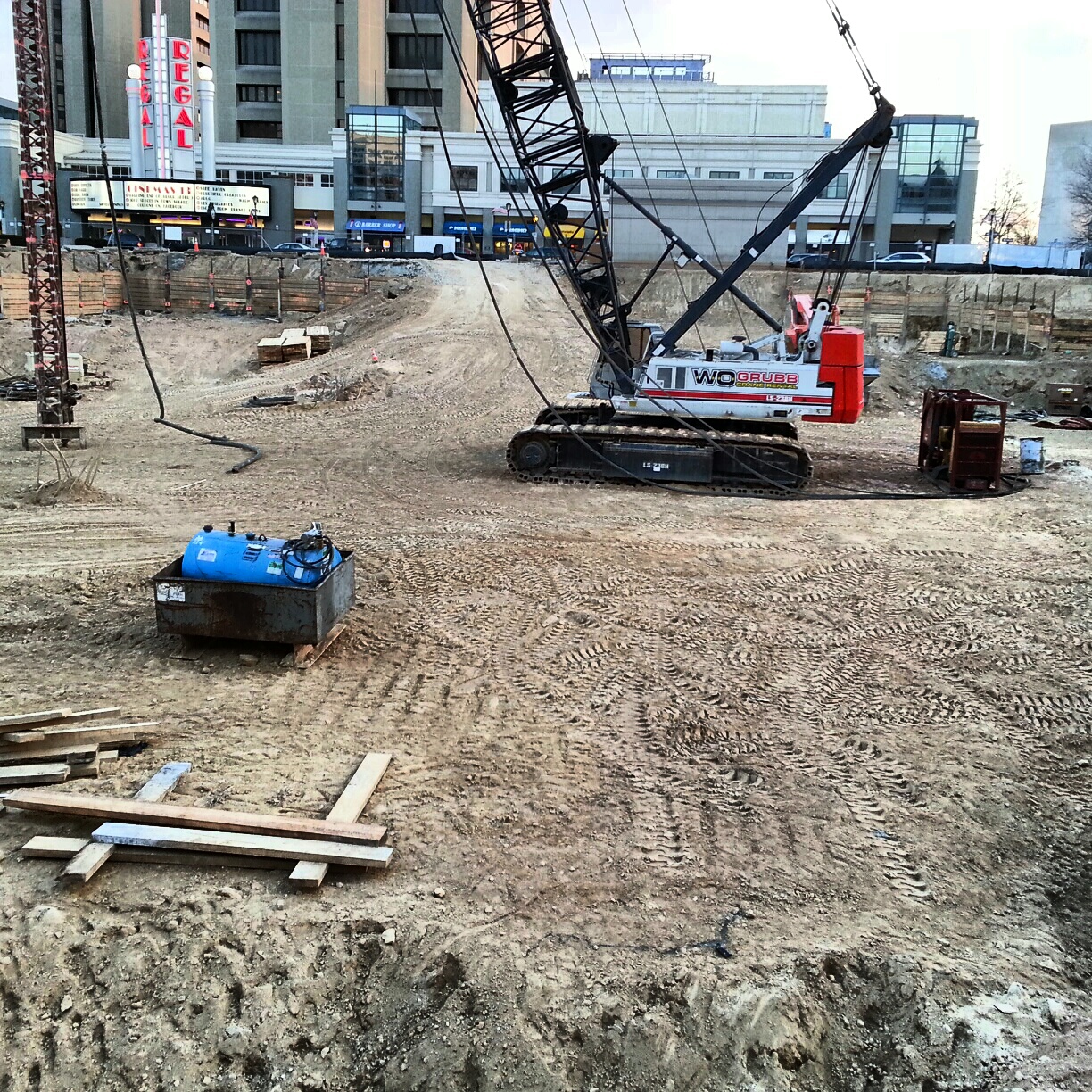 While it seems that the fight over Rockville's Adequate Public Facilities Ordinance keeps coming back like Freddy Krueger, a new talking point emerged at Monday night's public hearing before the Mayor and Council. Some proponents of lowering the city's school capacity standard, from 110% to the 120% overcrowding limit allowed by Montgomery County, appeared to be using the change as blackmail for school construction funds.

Open Rockville to developers who fund the campaigns of all Montgomery County Councilmembers except Marc Elrich, they argued, and those development firms and Montgomery County Public Schools will release funds they apparently won't put towards Rockville classrooms otherwise. While this is most definitely not the legal mechanism for school funding in the state of Maryland, developers and their allies at the County level made clear they are fed up with the City of Rockville retaining control over its development and quality of life.

Former Rockville Planning Commissioner Steven Johnson put into words what many observers may have been thinking after hearing previous speakers, when he used the phrase, "held hostage," in making his case to lower school standards. What was originally designed as a tool to guide development, Johnson said, is now "a blunt instrument to kill" residential development in Rockville.

"You need to change your APFO ordinance," former Rockville Mayor Rose Krasnow warned her successor and city councilmembers, or Rockville will be "left in the dust" by Downtown Crown and other urban town centers popping up around the county. Krasnow, now employed by the Montgomery County Planning Department, suggested allowing Rockville schools to get more overcrowded would somehow result in extra MCPS construction money flowing to city schools. Most significantly, Krasnow described Rockville's current relationship with the County as "antagonistic," and that County officials feel that the City is "not willing to work with them."

Aakash Thakkar, Senior Vice President with infill development firm EYA, put the message in somewhat more diplomatic terms. By allowing more residential development, including a Tower Oaks project sought by EYA itself, the city could thereby "show goodwill" to County officials who want more tax revenue. This would lead to a more "cooperative relationship" between the city and county. He said developers would also contribute money for schools, although no such legal requirement exists to enforce such a promise, beyond the basic school fees charged now for development in Montgomery County. Thakkar also argued that "new people" are needed to support the retail businesses in Rockville.

Not so fast, Rockville resident Jack Gelin rebutted in later testimony. The idea that the city should accept more-crowded schools and more development simply so that county officials will "not be angry with us" was not a good argument for changing the APFO standards. As for Thakkar's promise of more tax revenue for schools being generated by new development, Gelin referred to the "old discredited theory that somewhere there's a free lunch. This has never happened, and will not happen."

In fact, Montgomery County has been on a building binge for years, with the exception of during the recent recession, and is locked in a structural deficit as far out as can be forecast. All of that tax revenue has failed to keep up with the costs of new infrastructure and services the new developments required. Even jurisdictions who have created more jobs than Montgomery County, like Fairfax and the District, are facing budget crunches. Where is all of the magic tax revenue? Nowhere to be found.

The idea that allowing more development and more school overcrowding would magically solve Rockville's challenges was among a number of false promises made by advocates of watering down the APFO, former Mayor Larry Giammo said. "Stop promulgating myths," he exhorted councilmembers who favor the changes, whose proposals he said were causing "unnecessary and harmful divisiveness" in the community. Rather than change the APFO, Giammo proposed, a better approach would be to update the city's master plan, and engage the county's Board of Education and and County Council to develop new strategies to address overcrowding.

Mayor Bridget Newton said the latter option is in the works, citing a discussion she had with Councilmember Roger Berliner (D-District 1) earlier regarding a work group he is assembling to look at the county's APFO standards. That group will be seeking input from municipalities, and would be a more productive approach to the problem than arbitrarily changing the city's own standards, she suggested. Newton also disputed claims that Rockville had been passed over for school construction money because of its higher APFO standards, pointing out that at least two significant school projects are currently moving forward in the city.

She and resident Joe Jordan also raised questions about how, and under whose authority, the city's staff produced a redline document on APFO changes. Newton asked staff to produce answers to those questions before a vote is taken on the measure. Jordan said he found it "really disturbing" that the process was being rushed without public discussion by the council, leaving residents unclear about each councilmember's position on the changes. Newton criticized city staff for leaving last night's public hearing off of a television announcement for the meeting, and for publishing a front page piece on Rockville Reports that implied she and all councilmembers were advocating changes to the APFO. She argued the city should wait for the outcome of Berliner's effort, and request an opinion from the state Attorney General on the question of whether she and the council have the legal authority to change the APFO, before voting on the proposed changes. The Mayor has the authority to request such an opinion, Newton said, noting that Councilmember Tom Moore had planned to do the same thing last year.

Some would have to question the wisdom of the new talking point deployed last night by proponents of change. "I've got money, but I won't give it to you until you turn over control of your city to us," sounds like a bad mob movie more than a coherent development policy.
Posted by Robert Dyer at 8:00 AM