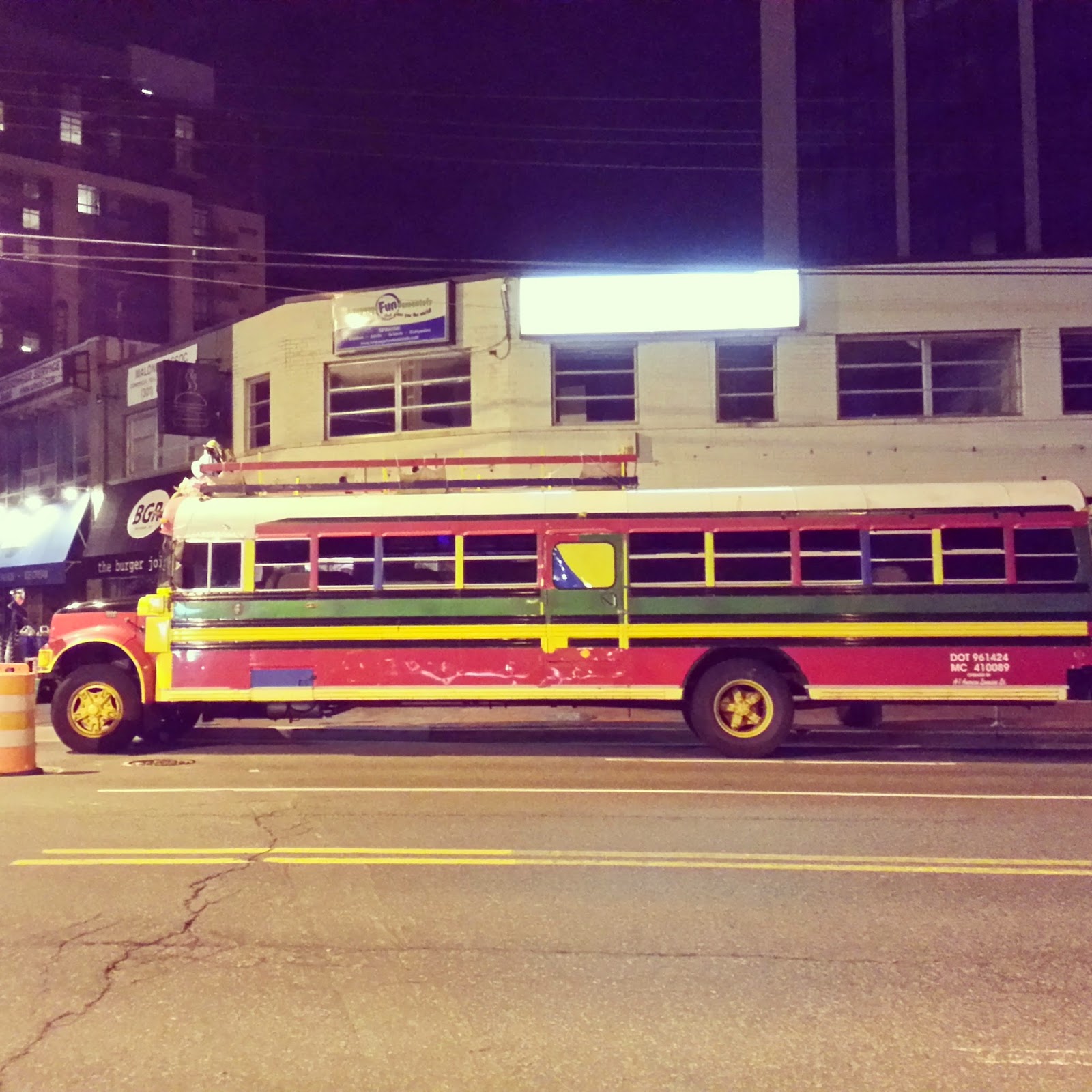 Using transit,
"you lose an enormous amount of
your productive hours waiting"

Tell me about it.

The disrespect of the citizens of Montgomery County in the Independent Transit Authority scandal continued Friday night, as the Montgomery County Delegation to the Maryland state legislature held a public hearing on bill MC 24-15 at the County Council Building in Rockville. After all the deception and dirty tricks of the previous 6 days, the shenanigans extended to the hearing itself.

Despite promises that the hearing would present a balance between those for, and opposed to, the bill that would create an unelected transit authority with unlimited taxing and eminent domain power, the deck was stacked in favor of the bill. Citizens already forced to race home from work to Rockville for a 6:00 PM start time arrived to find County politicians and developer-backed advocates for the bill ensconced at the top of the speakers list. That was just the beginning.

Not only did citizens and Ride On employees have to sit through a whopping 15 supporters of the bill before even getting a chance to speak, but those speakers and their allies in the delegation dragged out their testimony to around 90 long minutes. 90 minutes of mostly hot air. At one point, the delegation's chair, Shane Robinson (D-District 39) even spent time giving shout-outs to former delegates. Why they were even there makes no sense, but how about a "shout-out" to your constituents - the people who pay your salaries?

Earlier, Robinson tucked away the First Amendment, admonishing the crowd to forgo applause, "booing, and hissing." God forbid we'd have to hear any expression of the anger of the public after the outrageous deception that brought forth this ITA proposal.

Speakers for the proposed legislation were given extra time, and more extra time beyond that to fully flesh out ideas, cover all the bases, and complete actual thoughts. The taxpayers who paid for the hearing and the microphones? Two minutes, a full 60-seconds less than the 3-minute standard for public hearings at every other level of government. "I am John Smith, and I oppose the bill because...." [beep beep] "Wrap it up!"

The chair of the County Rapid Transit Task Force, Mark Winston, who was previously found to be in a position to benefit financially from the approval of a Bus Rapid Transit system and the development that would follow, had the laugher statement of the evening: "There is nothing sinister being proposed in this bill." Winston said the formation of the transit authority would "increase the sense of urgency" regarding construction of new transit projects in the county. But all of the urgency is really coming from the developers who will benefit from passage of MC 24-15.

Delegate Ben Kramer (D-District 19), one of the few outspoken critics of the bill (and one of the few who wisely voted Nay on the late filing of it in Annapolis) on the panel, asked Winston "are we perhaps putting the cart before the horse?" Kramer compared the idea of granting an unlimited funding mechanism before the details of the authority and the projects are even known to a kid demanding college tuition from his parents. That kid has no specific plans about college, Kramer said, but is simply "lookin' for you to pay for it," an allusion that drew raucous laughter from the packed hearing room.

Another Nay-vote, Delegate Eric Luedtke (District 14) was similarly skeptical of the bill, and the process that brought it to a sudden public surfacing last Friday. He mused aloud whether or not it might be sensible to simply have a public process and discussion on this at the county level through 2015, and then put forward a better bill in the 2016 session 12 months from now.

Luedtke's on-point questions also brought out a very significant aspect of the proposed authority I had never even considered. Because the ITA would not be backed by the "full faith and credit" of Montgomery County, it would therefore have to pay markedly higher interest rates - at taxpayer expense.

A common-sense idea from Delegate Aruna Miller (D-District 15) - who did vote for the bill, by the way - was to have the transit authority issue be put to a voter referendum in 2016.

Amy Ginsburg, Executive Director of Friends of White Flint, enthusiastically endorsed the bill, saying her group "looks very favorably" upon it. She claimed "the community rallied around" it, but strangely, none of those feverish fans ever showed up at the hearing last night to provide evidence of her statement.

Finally, a few detractors got a turn at the mic. One of them, Town of Chevy Chase Councilmember John Bickerman, scored several blows on the authority, and his testimony was referred to and seconded by many speakers through the long hours that would follow. He noted that the actual language in the bill "doesn't sound at all like what" its proponents testified at the hearing. The bill is actually a "backdoor property tax, an effort to circumvent the cap on property tax," he argued. One of Bickerman's comments which got a favorable response from the crowd, was his astonishment that "you have a public hearing on Friday night at 6:00."

Paula Bienenfeld, representing the Montgomery County Civic Federation, asked the delegation which of them traveled to the meeting by transit. No one raised their hand. The Montgomery County Council has famously had the same response when previously asked. Yet both bodies are asking the public to "get out of their cars." Winston, the Rapid Transit Task Force Chair once said "it has been a while" since he rode the bus. Hypocrisy at its best in all 3 cases.

Finally, someone pointed out the elephant in the room - the dirty tricks speakers list.

Twinbrook Civic Association representative Christina Ginsburg criticized the way the delegation "stacked this hearing" with supporters in the early, favorable slots (several reporters left early, and did not hear [and therefore will not quote] the later speakers). The crowd cheered, and one voice in the crowd bellowed toward Del. Robinson, "You said it would be pros and cons!!" That promise, of course, turned out to be hogwash.

Attacking the decidedly-unusual process by which this bill has been brought forth, Ginsburg said, "I'm appalled that you're lending your names and reputations to this kind of chicanery." She added that none of the jurisdictions cited as models in the county report allow what's in this bill.

"Kill this bill," county resident James Williamson said. He was skeptical of claims that the county should be trusted on this legislation. "Just look at the great work we did with the Silver Spring Transit Center," he noted sarcastically. County resident Tanzi Strafford concurred, citing the county's "history of incompetent transportation management." Williamson seconded Miller's suggestion of putting the matter to the public via referendum.

Joan Fidler of the Montgomery County Taxpayers League called the bill "a solution in search of a problem," and then went on to slice and dice it - and its proponents' arguments - to the delight of the crowd.

Jean Cavanaugh was one of several civic leaders to note that the short notice of the bill and public hearing did not permit enough time to engage membership on the proposal. Her Seven Oaks Evanswood Citizens Association's Executive Board is opposing the bill.

The Greater Four Corners Alliance is also in opposition to the ITA bill, and its representative Kevin Harris referred to the "undemocratic process" it has been rushed through.

Eileen Finnegan said Hillandale residents question the need for such a transit authority, and its Executive Board is likewise opposed.

Allen Myers, representing the Maplewood Citizens Association in Bethesda, said that a similar ITA proposal was only approved in the state of Florida after two voter referendums.

Cherrywood's neighbors, the Greater Olney Civic Association, is equally opposed, particularly in light of the ITA's "unspecified borrowing and eminent domain powers." GOCA is also concerned that ITA debt would ultimately become the responsibility of the County, and its taxpayers.

Union leader Gino Renne expressed several reservations about the bill, including the open question of what would happen to current labor contracts under the ITA, and the fear of privatization. The room and hallway were packed with union members wearing yellow shirts. Some carried signs protesting the bill.

Even supporters of the bill thought it could use some significant changes.

Jay Corbalis, development associate at Federal Realty, argued "we need to offer more than sitting in traffic" as transportation options for young professionals. But he added that the development firm doesn't "support a blank check" such as the bill's language currently implies. Corbalis also said Federal Realty wants checks on the ITA's powers, and a cap on the amount taxes can rise.

Author, transit advocate and Bethesda resident Ben Ross (Action Committee for Transit) said he is concerned that the ITA proposed is not restricted to transit. Ross was particularly concerned that ITA funds could end up going to garage construction. He argued parking districts should not be placed under ITA control, and said the "bill as currently drafted won't provide that."

A spillover crowd, angry constituents, and the first sunlight to hit the ITA proposal since it was drawn up behind closed doors almost certainly will result in some changes to this bill. It could even be delayed a year for more public feedback, if politicians don't want to end up like their ousted counterparts in Arlington County.

But don't expect the ITA to disappear, with so much developer profit at stake.
Posted by Robert Dyer at 8:00 AM