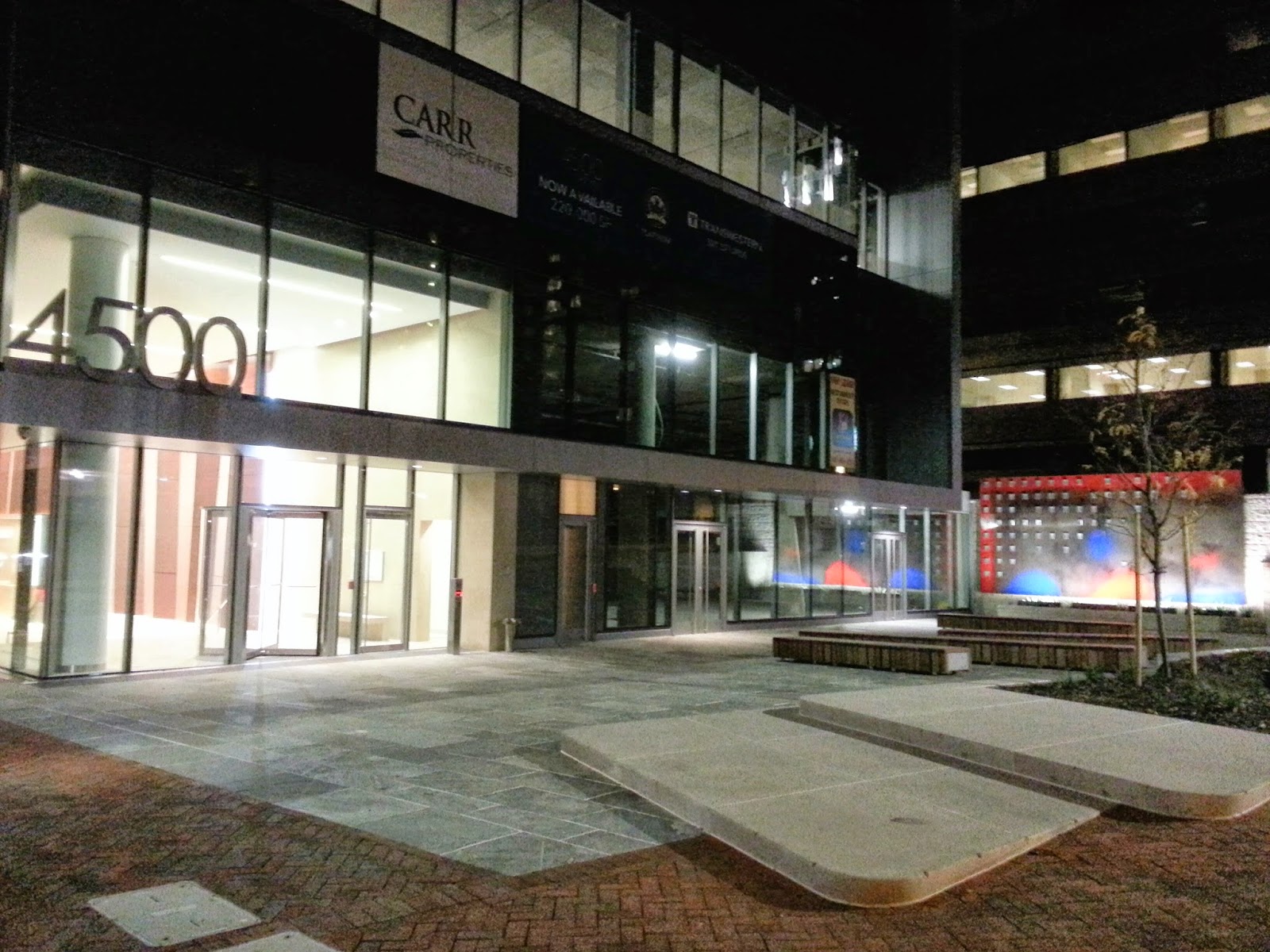 While the study does reflect the success Montgomery County has had in the biotech sector, it shows several of the weaknesses we need to address in future economic development efforts. According to the report, Northern Virginia's tech leasing dominance was driven by high-tech and aerospace firms. Biotech is an important but small niche by comparison, and we can't compete on that alone.

In fact, the top 2014 lease in Northern Virginia, according to the report, was Northrop Grumman, who chose Virginia over Montgomery County in a humiliating defeat for politicians on this side of the river in 2010. Northrop occupies a full 309,757 SF at its Fairfax County space. The two next-largest tech tenants in Northern Virginia? Yep, both aerospace/defense firms - Argon ST and Boeing.

Now check out Montgomery County - the report cites 0% leasing by aerospace and defense firms in 2014. Zero! The county's largest tech lease in 2014? JDSU, a technology services firm in Germantown, with 45,726 SF, paltry in comparison to Northrop's.

The report also cites the proximity of Northern Virginia's "strong concentration of highly educated young knowledge workers" to that area's tech, defense and aerospace firms, a workforce Montgomery County has struggled to attract. Recent efforts to boost MoCo's nightlife have fizzled, leaving downtown Bethesda with less nightlife than it had just a few years ago. The County Council's efforts to make Uber and Lyft fares more expensive, ban e-cigarettes where traditional cigarettes are banned, and approval of the closure of Dave and Buster's are unlikely to increase the county's appeal to millennials.

How can Montgomery County revive its floundering economy? Better economic development incentives, a more business-friendly climate, a greater appeal to young professionals, and investments in highway infrastructure. The county had $4 million to spend, and put it toward securing a Costco store in Wheaton. By contrast, Arlington County paid the same amount to bring the Corporate Executive Board to a new Rosslyn office tower. CEB brought a couple thousand jobs, plus plans to add 800 new ones that average $100,000 in salary. Not exactly Costco wages, and only Montgomery County would try to use a Costco store as an economic development trophy.

What brings millennials to Northern Virginia and DC? Two big factors - high-wage jobs and (in only relative terms) affordable housing. Not luxury apartments. While nightlife is important, there's a reason new graduates across America move to Washington, DC rather than Las Vegas. Montgomery County hasn't added a single major corporate headquarters in over a decade, meaning it hasn't added any significant number of non-government high-wage jobs in more than 10 years. It also is demolishing affordable apartments in desirable areas like Bethesda, including The Hampden and several buildings on Battery Lane. Talk of redeveloping the Bradley Boulevard corridor suggests lower-cost housing currently rented by millennials there could vanish, as well.

Finally, there's no getting around (pun intended) Montgomery County's traffic gridlock, and lack of Dulles Airport access. Northern Virginia's job centers like Tysons Corner have far superior access to interstate highways and airports. The big international firms also demand direct access to Dulles Airport, and Montgomery County has failed to plan for or build the new Potomac River bridge that could provide such access. As such, firms continue to choose Northern Virginia. In fact, one perk in Virginia's incentive package for Northrop was a discount lease for its corporate jet at a Dulles Airport hangar. Not a Bus Rapid Transit pass.